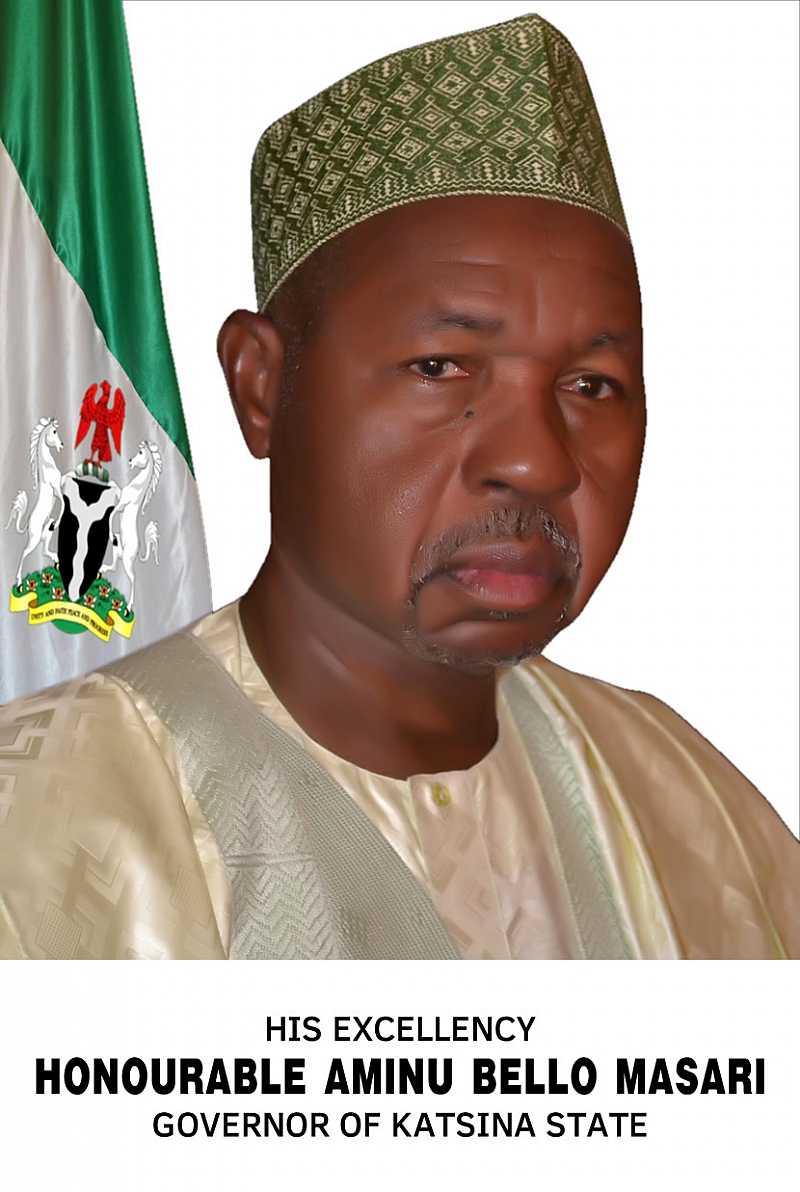 Few days after Zamfara State Governor, Alhaji Abdulaziz Yari, backed a call for declaration of state of emergency in the North-west state over the menace of armed bandits, the Governor of Katsina State, Alhaji Aminu Masari, has cried out that gunmen are overrunning his domain.

Bandits have held sway in Zamfara for months killing and maiming hundreds of innocent citizens, whose livestock are rustled with little opposition from law enforcement agencies.

Months earlier Yari resigned as chief security officer of the state, saying he had become powerless and could no longer discharge the responsibility of that office and called on the federal government to save the lives of his people.

The situation would seem to have worsened with another North-west state calling for help to ward off the harassment by the non-state actors that seem to have overwhelm the civil security forces in Katsina State.

Masari’s cry for help coincides with Monday’s admission by Governor of Borno State, Alhaji Kashim Shettima, that the insecurity situation in the North-east state was worsening and asked stakeholders in the state to do more to assist the federal government and military authorities to combat the raging Boko Haram terrorism that had sent thousands of people to their graves.

Masari’s turn to wail came during the opening ceremony of an extra-ordinary security meeting in Katsina.

“The citizens are on daily basis being harassed by bandits and kidnappers that are on rampage in the state,” he told the bewildered participants, adding, “The Katsina Government organised this one-day joint security and stakeholders meeting to proffer solutions to the state’s current insecurity challenge.”

He stated for emphasis, “Our state is currently under serious siege by armed robbers, kidnappers and armed bandits, who arrest rural people at the grassroots at will and demand ransom, which if not paid, they kill their victims.

“The people of Katsina in the 34 local governments now sleep with one eye closed and the other opened.

“Our state is in a dangerous situation. Travelers are afraid of being stopped on the highway and arrested by kidnappers who demand ransom.”

Masari said the situation was so bad that some thieves stole some electrical equipment near the Government House at the Government Reserved Area (GRA) in Katsina.

“I am calling on all stakeholders to come out with solutions that will assist the security agencies to discharge their duties,” he said.

The governor urged the stakeholders not to hide any criminal, and reveal vital information about criminals during the meeting.

“This time around, we should be able to make sacrifices that will make our state safe and will allow people to go about their lawful business without fear of being arrested by armed bandits and kidnappers,” he said.

The Police, Department of Security Service (DSS) and other security outfits and traditional rulers attended the meeting.

THISDAY had reported that the Borno State governor had told an extraordinary security meeting held on Monday night at the Multipurpose Hall of Government House, Maiduguri, that despite the worsening insecurity in his state, he would rather encourage rather than blame the military, saying the soldiers were doing their best within the circumstances they had found themselves.

The governor had also urged the attendees not to engage in blame games over the perceived failure of the soldiers, which he said would be unfair given the enormous sacrifices they have made in the last seven years.

There has been a resurgence of Boko Haram attacks, especially on military bases in the state in the past few months, leading to heavy casualties on the side of the Nigerian Army.

No fewer than 40 soldiers have been killed in sporadic attacks on bases in Metele and Baga.

There are conflicting claims of the insurgents holding positions in some of the local governments of the state.

But Shettima said despite these he was unwilling to apportion blames to Buhari and the military.