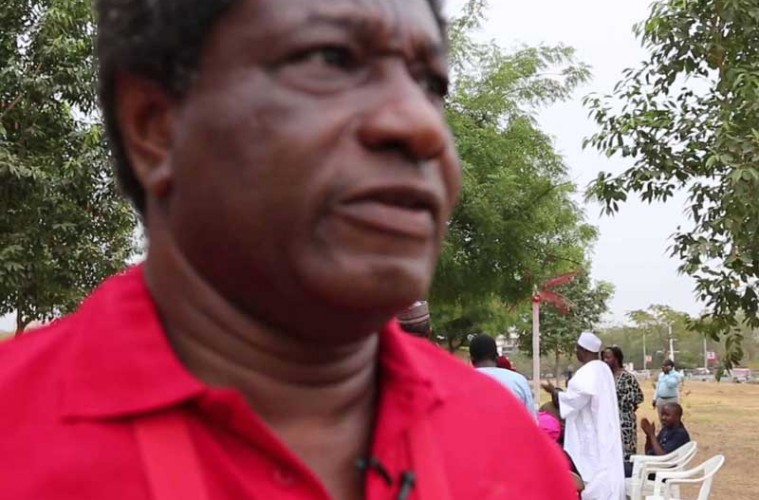 Hope is rising for the graduates of the International Institute of Journalism (IIJ), Abuja who have long been worried by issues of accreditation of the programmes as well as issuance of certificates.

Investigation by this journalist in Abuja, indicates that graduates from the main campus and various approved study centres in states, including Bayelsa where the graduates seem to be most affected, in terms of acceptance for job placements, conversion, promotion and upgrading, particularly in the civil service, might soon be issued certificates, if plans are implemented by the institute as said.

Programme accreditation matter is also being drastically tackled, to accord the institute's qualifications better recognition by employers and academic institutions.

A top official of the institute, disclosed to our correspondent in Abuja, that plans have almost been concluded to issue certificates to graduands in two phases, so as to clear the backlog of certificates owed by the institution.

The official who is left anonymous in this report because the developments were yet to be officially announced, further disclosed that the first batch of issuance will clear the backlog for six sets of graduates, covering 2006 to 2010.

He added that the second phase of issuance is expected to clear from 2011 to 2015 sets of graduands.

According to the source whose disclosures were corroborated by other five senior staff, the first phase of release of the certificates was billed to commence before this year ends, except perhaps for logistic issues that could delay it until next year.

He however assured that going by the institute's projections, all things being equal, before next year, 2019, runs out, all the graduates from 2006 to 2015 sets, would have received their certificates.

According to him, the issuance will cover Ordinary Diploma (OD), Higher Diploma (HD) and Postgraduate Diploma programmes in journalism as well as the advertising and public relations sequences.

The official further assured that the institute has already tidied up graduand's records, including results for all the levels of graduation, adding that results for the postgraduate diplomas in journalism as well as advertising and public relations, were in November this year forwarded to University of Maiduguri (UNIMAID) which the PGD programmes are affiliated to.

He however gave a caveat that those who didn't attend the programmes in study centres approved by the main campus of the IIJ and those whose semester results were not forwarded by centre coordinators or whose fees were not remitted by the centres are not graduates of the institute hence will not be issued certificates.

But, he assured that all graduands who have no such issues, and have genuine statement of results from the institute, will be given their certificates, irrespective of whether they studied at the main campus in Abuja or at approved state centres.

On the accreditation matter, the official disclosed that, the National Board for Technical Education (NBTE) has given a nod to the new campus and some of the facilities on ground, adding efforts were still on to reposition the institute to meet up all NABTE standards.

Thus, he contended that the postgraduate diploma holders of the IIJ, ought not to have problems with recognition of the qualifications by their employers and academic institutions that they work for or apply to for further studies.

Expatiating on the acceptability of the institute's qualifications, the official stated that ordinarily, the Nigeria Union of Journalists which owns and runs the institution is empowered by the Nigerian Press Council Act of 1992, as amended, to set up school to train journalists, as some other professions are also statutorily mandated, thus he said the IIJ, haven being registered by the Corporate Affairs Commission (CAC) and the Federal Ministry of Education needed not to be controlled by other bodies, more over as the NUJ rather ought to be one of the bodies to accredit journalism education programmes, as ICAN, COREN and other bodies do in their areas.

But that, the NUJ and IIJ succumbed to demands for control through accreditation and minimum standards set by other statutory regulatory bodies, so as to be seen as obeying laws and to give more credibility to its qualifications.

The official said that the institute was aware of some hiccups facing some graduates who have used its statement of results for a long time, due to the accreditation issue and non-issuance of certificates.

He however said that many private and public sector employers as well as academic institutions outside and within Nigeria, including premier and present day universities who were aware of the antecedents of the establishment of the IIJ, besides the facts that it was not a ghost school, just as its graduates perform excellently, merely write to it to confirm statements of results presented by candidates, and settle matters.

He said many academic institutions and employers within and abroad have done so, and have allowed graduates of the IIJ to work or study, without embarrassments.

According to him, Ekiti and Oyo States, for instance are among many employers that wrote to the IIJ to confirm graduation of some journalists under the states employment, and even accepted tentative certificates, pending issuance of permanent ones.

He said that among states, Bayelsa State was still about one of the only states that graduates of the IIJ, especially its indigenes who are also journalists in the civil service and media parastatals, were still having problems in advancing their careers with the institute's qualifications, despite magnanimously approving one of the pioneer study centres for it, with the support of the Late Governor D. S. P. Alamieyeseigha.

He said that although, the management of the IIJ, has written to Bayelsa State on the matter, graduates of the institute, most of whom were already media practitioners in the state's employment, and who spent their own money to train and retrain themselves, were still complaining to the institute and the NUJ about their plights.

Notwithstanding the situation, the IIJ's top staff, called on Bayelsa State government to positively address the plight of affected graduates as other states have done, and assured that the institution was ready to confirm the graduation claim of any supposed graduate, without delay.

According to him, with the current efforts to reposition the school, and commitment of current NUJ executives, the problems of accreditation and owing of certificates will be things of the past.

He attributed the problems already being addressed, to demolition of the permanent campus of the institution at Gimbia Street, Area 11, Garki, Abuja, by the Federal Capital Territory Administration under the then minister, Malam Nasir El Rufai.

Other problems identified by him include exorbitant rents for rented accommodation; hence inadequate funds to beef up facilities for accreditation as well as payment of affiliation fees to UNIMAID and the Boko Haram bombings in Maiduguri which affected movements and activities.

It will be recalled that the IIJ campus demolished by El Rufai in the Chief Olusegun Obasanjo era, was in 1987 donated by the Gen. Ibrahim Badamosi Babangida regime to the International Organization of Journalists (IOJ) as founder of the school

meant to train African journalists, but the IOJ couldn't fund it because of the impact of the disintegration of RUSSIA, a key sponsor of the organisation, and was in 1993 taken over by the NUJ.

It will be further recalled that it was with the support of the IBB regime, the United Nations and occasional assistance of the UNESCO; American Embassy in Nigeria, among others, through donation of facilities and training programmes, that the NUJ has kept the institute alive since

1994 that it formally took off operations, till date.

Since after the demolition of the campus which hosted classrooms, hostels, primary/nursery school and other facilities, the IIJ operated in rented facility at exorbitant prices.

In 2015, the institute luckily relocated to its new permanent campus near near Father's Church, close to Next Supper Market in Mabushi area of Abuja, where it now stands a better chance to be repositioned for academic, professional and consultancy service delivery.