IPOB warns Gov Ikpeazu: Be Prepared For Us If Our Members Are Not Released…..

IPOB warns Gov Ikpeazu: Be Prepared For Us If Our Members Are Not Released….. 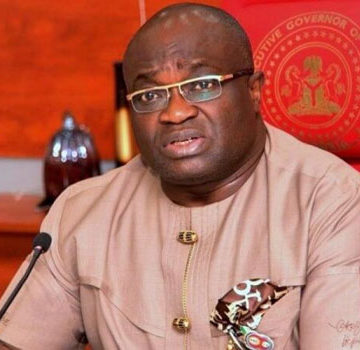 The Indigenous People of Biafra, IPOB, on Tuesday warned the Governor of Abia State, Okezie Ikpeazu to release its members arrested by the state Police Command.

IPOB warned that if Ikpeazu and the state Commissioner of Police failed to ensure the release of its members, they would “live to regret what will come upon them.”

The threat by the secessionist group was contained in a statement signed by its spokesperson, Emma Powerful.

IPOB warned that both the governor and the State Commissioner of Police should be prepared.

The statement reads, “We are warning Abia state police commissioner to release them, the 54 innocent citizens of Biafra who were doing peaceful evangelism in Umuahia for Biafra freedom. We blame Okezie Ikpeazu and Abia police commissioner for the damage this action may cause in Abia state if they fail to release these innocent Jewish worshipers exercising their rights.

“Okezie Ikpeazu and police commissioner must release those arrested without further delay or they will live to regret what will come upon them soon.

“We must not fail to warn police commissioner and Okezie Ikpeazu once again if they fail to release these innocent citizens who committed no crime against anybody or Nigeria state, that means they should prepare and wait for IPOB action.

“We are coming on Nigeria police soon because you cannot continue killing and intimidating innocent and unarmed IPOB faithful and go Scot free. We promise to remain peaceful in every of our approach asking Nigerian government never push IPOB to pick up arms against anybody because it won’t be good to all and sundry in Nigeria.”

Persons With Disabilities Must Be Allowed To Participate In Politics, Says FNSB

10 thoughts on “IPOB warns Gov Ikpeazu: "Be Prepared For Us If Our Members Are Not Released…..”