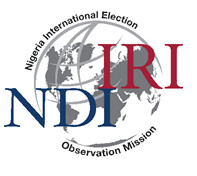 Washington, DC—The National Democratic Institute (NDI) and International Republican Institute (IRI) are concerned by the suspension of the Chief Justice of Nigeria on January 25. The suspension comes just three weeks before the February 16 presidential and National Assembly polls and has raised doubts among electoral stakeholders about the independence of the Supreme Court and Electoral Tribunals in the upcoming general election. Consistent with the Economic Community of West African States (ECOWAS) Protocol on Democracy and Good Governance, actions such as these taken so close to Election Day should be done through consensus and in consultation with all political actors so as not to be perceived as unfairly impacting the electoral process.

“The judicial branch plays a critical role in the electoral process. It is imperative that these courts are objective and that they are perceived as such by all election stakeholders,” said NDI President Ambassador Derek Mitchell. “The suspension of Nigeria’s highest judicial officer so close to the vote could undermine citizens’ confidence in the judiciary’s independence.”

“IRI and NDI call on all stakeholders to adhere to the rule of law and peaceful resolution of disputes,” said IRI President Daniel Twining. “We encourage all political actors to engage in an inclusive dialogue and implement initiatives to assure the public and political contestants that, should disputes arise from the upcoming general elections, they will be resolved fairly.”

NDI and IRI have observed all national elections in Nigeria since the country’s return to civilian democratic rule in 1999. The two organizations have together deployed more than 200 international observer missions to various countries around the world. The Institutes plan to jointly observe the February 16 presidential and National Assembly elections and the March 2 gubernatorial and state houses of assembly elections. IRI and NDI conducted pre-election assessment missions in July, September, and December 2018 and issued statements of our findings with recommendations to further strengthen Nigeria’s electoral process.

NDI and IRI are nonprofit, nonpartisan organizations that support and strengthen democratic institutions and practices worldwide. IRI and NDI conduct our activities in accordance with Nigerian law and the Declaration of Principles for International Election Observation, which is also endorsed by the African Union, ECOWAS, the Commonwealth Secretariat, the European Union, and 47 other organizations.