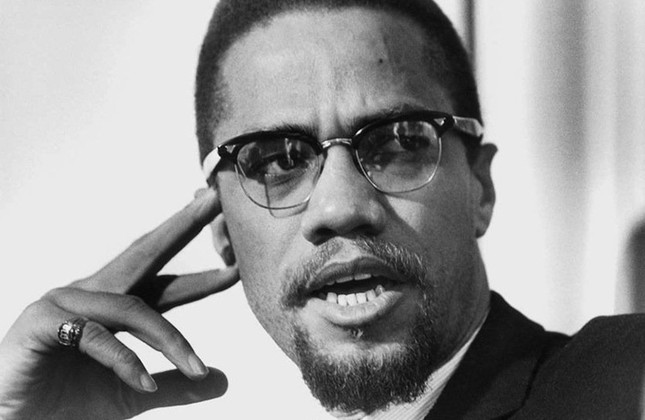 I remember vividly a decade ago like yesterday when I chose my courses in my final year at the University of Lagos. I chose a course in African-American literature which was to be taught by Dr. Adetokunbo Pearse, an American returnee who had taught in different universities there for two decades. He was also actively involved in partisan politics in Nigeria where he contested for a seat in the lower chamber of the National Assembly and later for the governorship of Lagos State.

One of the books we read was the autobiography of Malcolm X. To be honest the first question that came to my mind was Malcolm who? I prided myself in my knowledge of American history as I read the History of the American Nation – from the founding of America up till the Presidency of Ronald Reagan and couldn’t recollect ever coming across Malcolm X.

Reverend Martin Luther King Jr was the public face of the civil rights movement that engulfed the United States in the heady days of the 1960’s with the establishment immortalizing him after his 1968 assassination. His birthday is even a public holiday observed throughout the country; why was Malcolm X’s case different? Why did he pale into obscurity and insignificance when compared with King?

Malcolm X had a troubled childhood when he lost his father at a tender age and his mom couldn’t take care of him because she was confined to a medical institution. He grew up with his elder sister and became a criminal when he joined a gang.

In 1946, at 21 he got a jail sentence when he was caught for larceny and spent six years behind bars. He was released on good behaviour in 1952 and had a historic meeting with his then mentor, Elijah Muhammed the founder of the Nation of Islam (NOI) which he joined while in prison.

His formal education was miniscule and he was largely self taught most especially when he went to jail where he devoured numerous books with relish. He quickly became the public face of the NOI and clashed later with his former leader, Elijah Muhammed as the latter perceived him as being too powerful and influential especially with the media.

While at the NOI, Malcolm X who ditched Little as his surname because it reminded him of his ancestral slavery heritage, canvassed for white and black separatism – he opined that the two races could never live in peace and harmony and advocated a return of the Blacks in the Diaspora back to the African continent. King on the other hand was very popular with the white community as he advocated racial integration and peaceful coexistence among the white and black races. This endeared King to the whites and it is no surprise that the Reverend didn’t identify with Malcolm X as that wouldn’t have been in his best interest.

Malcolm X became prominent in America when an incident involving one Hinton Johnson, a member of the Nation of Islam who was beaten up by police officers provoked Malcolm X to the point that he aired his view about it to the press. That was his media coup d’grace as his comments were regularly sought after by the print and electronic media.

In September 1960, at the meetings of the United Nations General Assembly, he was privileged to come in close contact with several world leaders like Fidel Castro of Cuba who was so impressed by his high level of intelligence that he spent an extra two hours with him and invited him specially to Cuba, Kenneth Kaunda who later became the first President of Zambia, Gamal Abdel Nasser of Egypt and Sekou Toure of Guinea.

Many blacks and whites were alarmed at his deep-seated hatred for the white race. The NOI preached that blacks were superior and it was the world’s original race. Many liberals dismissed him as a violence seeking young man, an alarmist and an unrealistic segregationist which greatly limited the appeal of his message making King a much more appealing brand. It is no surprise that King went on to win the Nobel peace prize in 1964 to the chagrin of Malcolm X.

We recall his infamous statement at the November 22nd assassination of the then President John Fitzgerald Kennedy in Texas when he quipped that ‘The chickens have come home to roost.’ This drew severe criticism and flak from even some of his fellow NOI members who publicly disowned him.

By 1964, the strain between him and Muhammed had become so great that he quit the movement. He decided to go to the Holy land of Mecca for the Hajj and subsequently adopted the name ‘El-Hajj Malik El-Shabbaz.’ He also visited several countries in Africa notably Ghana, Egypt, Senegal, Guinea, The then Tangayika, Ethiopia, Sudan,Liberia, Algeria, Morocco and Nigeria in particular where he was renamed ‘Omowale’ (Son has returned home) by the Muslim students of the University of Ibadan.

He and King met only once and didn’t speak to each other – the meeting was just long enough for them to be photographed together. The fiery Malcolm X gave a speech at this historic meeting titled ‘ballot or bullet’ where he urged the blacks to vote but they could still take up arms against the state if they felt shortchanged.

He greatly inspired former Cassius Clay later known as Muhammed Ali to join the movement and was a mentor to Louis X later Louis Farrakhan.

He embraced Sunni Islam and changed his earlier stance about black supremacy and instead advocated racial integration and a better harmonious living between the white and black race.

He was assassinated on February 21, 1965 in New York with 21 shots found in his lifeless body.

I personally feel that more should be done to keep the name and memories of this black hero alive as there seems to be a surreptitious attempt to consign him as a historical footnote. Historians especially of African-American studies should boldly rise up to the occasion and ensure that his name is truly immortalized. No monument in the US is named after him, his birthday – May 19 doesn’t attract any special government mention.

Something urgently needs to be done to immortalize him beyond a few Wikipedia and Google searches.

10 thoughts on “Is Malcolm X an unsung hero?”