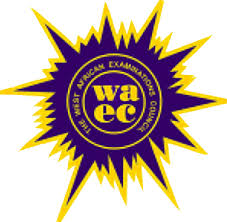 Permit me to focus my thought on the implication for national development of the May/June 2017 result of the West African Senior School Certificate Examination, WASSCE. The Nigerian National Office of the West African Examination Council WAEC, were in celebratory mood when May/June 2017 result was released. This is not unconnected with what the body considers to be great improvement in the overall performance of candidates in the exam.

According to the National Office of WAEC nearly 60 per cent, specifically 59.22 per cent of the 1, 559, 662 candidates that took the exam had credit pass in five subjects including the a�?corea�� subjects of English and Mathematics. Credit passes in both English and Mathematics are compulsory for admission into any course at the tertiary level. These subjects are the benchmark of assessment for general performance. It is therefore important that a candidate wishing to proceed beyond secondary school level must obtain credit passes in the two. While so much premium is placed on candidates performing averagely well in these two subjects, it is doubtful if much thought is given to how such passes are obtained. But as I wouldna��t want to get ahead of my discussion, I will leave further comments on our attitude to how candidates perform and the quality of their performance in public exams like WASSCE for elaboration in another paragraph below.

The point I am making for now concerns the mood of self-congratulation that engulfed the National Office of WAEC in the wake of the release of the last year May/June WASSCE result. The occasion for this chest thumping is the 7% increase in performance, from 52.97% in 2016 to 59.22% in 2017, of candidates who sat the exam. The performance in 2015 was a paltry 38.68%, also a 7% increase (there must be something between the figure 7 and Nigerians school children performance in WASSSCE), from the 2014 performance that stood at 31.28%. Kindly remember that these figures are for candidates who obtained credit pass in just five subjects inclusive of Mathematics and English. The overall picture of performance is far less pretty. I tell you, it is, in fact, very ugly and damning!

Viewed from another angle, the 59.22% performance figure for 2017 tells a different story. First, of the more than one and a half million Nigerians that sat the exam, 214, 952 candidates representing some 13% of the total number of candidates, cheated and their results were withheld pending further investigation. In the 2017 exam that is being celebrated, 92.44% of the candidates obtained credit and above in three subjects.

The story, told from another angle, is that 95.59% of the candidates obtained credit pass and above in two subjects. What the above statistics further tells us is that more than two-thirds of the candidates who took WASSCE last year barely obtained enough credit pass to qualify for admission into our colleges of education or polytechnics, bedrock of tertiary education and the development of middle level manpower, to say nothing of university where the vast majority of institutions demand just 180 marks aggregate of the 400 marks obtainable in four subjects in the Unified Tertiary Matriculation Examination, UTME. We are yet looking at WASSCE but the performance of candidates at the UTME level is another desultory story altogether. But the fact that most if not all Nigerian universities now have what they call post-UTME exams should tell everyone that things dona��t look any better in that sector of our educational system…

Indeed, if we must tell it as it is, the university is where all the garbage that is processed through the nursery, primary and post-primary education systems is deposited in all its shameful filthiness! It is at the university level that the rottenness of the Nigerian educational system comes out like a full-blown case of an unnameable disease. But the issues concerning that is a matter for another day.

What is of moment and to which I want to call attention is the fact that just about a month or two before the commencement of the 2017 WASSCE, four persons were apprehended and charged to court for hacking into the website of the National Office of WAEC in Nigeria. These hackers, spread across four cities (Uyo, Umuahia, Aba and Enugu) in four states, including some of those celebrated for high performance in WASSCE, stole questions meant for the May/June 2017 exam. Not only did these thieves steal the questions, they sold them in the open a�?academica�� market to persons interested in buying. As part of its celebration of improved performance in WASSCE the WAEC National Office has praised what it calls its ICT prowess including its upgrading of its website and its so-called a�?interactive platforma��. The actual point of celebration about the website remains in main unclear…

48 thoughts on “Is Nigerian National Office Of The West African Examinations Council, Waec Prepared For This Yeara��s Wassce?”