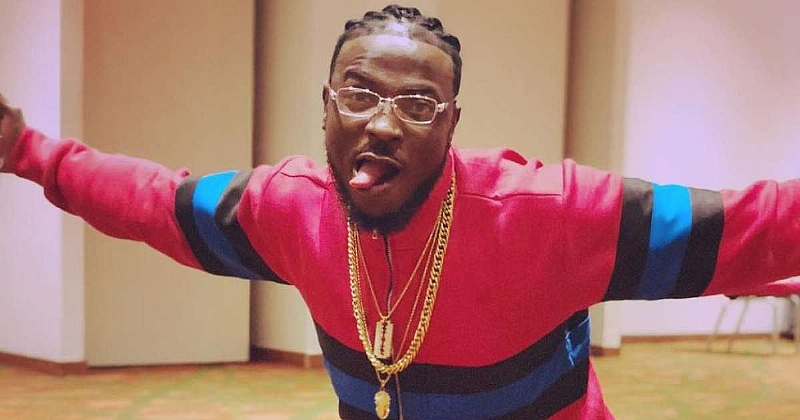 Victor Tobechukwu Okoh a.k.a Peruzzi has had more controversies than musical hits in recent times.

His former record label boss, King Patrick called him out and accused him of a breach of contract. He also went further to say that Chioma, Davido’s fiancée was his side chic and that he lied to the Obo crooner that they were cousins.

The public is yet to get his own side of the story and as if that wasn’t enough a fresh controversy about him just blew up recently.

A United Kingdom based artiste, Daffy Blanco accused him of raping her after their meeting in Lagos. The gorgeous light skinned lady flew all the way from the UK to Nigeria to have him write a song for her. She had paid ten million naira out of the fifteen million he usually charges for the writing of a song. When they got into the studio together on the fateful day, he raped her in the studio instead of him recording the song as they earlier agreed on.

She tried calling 911 but then she remembered that the number doesn’t work here as the country is worse than a banana republic. She later went on to say that he cried and told her that he was under the influence of alcohol and begged her not to call her lawyer to press charges.

She claimed that he couldn’t have been drunk because he drove his way to her hotel room and convinced her to follow her to the studio. In her opinion, he was sober and couldn’t now start to blame it on alcohol.

She later claimed that her lawyer made peace with his with regards to the documents she was to sign for the songs contract but that it was too one sided in Peruzzi’s favour.

She claims she has a lot of damaging evidence that could make the crooner spend at least two decades behind bars and that the only thing she wanted from him was to refund the fifteen million naira that she had paid for the song.

This is a huge allegation made against the singer and we urge him to respond as soon as possible so as to avert any scandal. This is not the first time a rape allegation will be made against a Nigerian celebrity. We recall when Chinagorom Onuoha a.k.a African China made a trip to the UK on one of his tours, a rape allegation was slammed against him by a British lady. Etim Esin, a former Nigerian footballer had a similar allegation leveled against him in Belgium where he was playing the round leather game at the time. Stars like Mike Tyson and even the most recently departed Kobe Bryant have been at the centre of rape allegations.

There seems to be a sinister agenda by some ladies who target successful men and rope them into a rape scandal so as to get a chunk of their enormous wealth.

While not holding brief for Peruzzi, it is imperative for him to clear his name as the scandal of rape is one in bad taste especially if he wants his career to go far.

If found innocent, Blanco should be made to face the music to serve as a deterrent for money grubbing ladies who feel the best way for them to make money is for them to accuse male stars of rape.

Once again, we urge Peruzzi to come out clean with what happened with Blanco by responding not only to the rape allegations but also if indeed he was paid fifteen million naira for a song he never wrote.

The time is ticking fast and it starts now!
Tony Ademiluyi writes from Lagos and edits www.africanbard.com

politics Of Sycophancy Subsists In Nigeria.

OPEN LETTER TO THE NEW INSPECTOR GENERAL OF POLICE

6 thoughts on “Is Peruzzi a Rapist?”