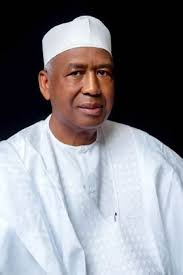 Justice Daddy Onyema who later went to The Hague was quoted to have said in the West African Pilot owned by the Great Zik of Africa that ‘Igbo domination of Nigeria is only a matter of time.’ This statement didn’t go down well with the rest of the country as it was viewed as one of arrogance.

This statement was rather prophetic because as at the time of independence, the top of the federal civil service was dominated by them. The University of Lagos which was situated in the west had an Igbo Vice-Chancellor as its first in the person of Professor Eni Njoku. Many academics in the then first generation universities were of Igbo extraction and the business landscape had their sturdy imprimatur with the country’s wealthiest man, Sir Louis Philip Odumegwu-Ojukwu the father of the Biafran warlord, Dim Chukwuemeka Odumegwu-Ojukwu hailed from there as well. The most senior military officer after the retirement of the British General Welby Everald in 1965 was Major-General Johnson Thomas Umunnakwe Aguiyi-Ironsi who was an Igbo man.

The first coup which terminated the First Coup was spearheaded by another Igbo man, Major Chukwuma Kaduna Nzeogwu and the first military Head of State was Aguiyi-Ironsi.

Their fortunes slid downhill after the Nigerian Civil War which saw the starvation of millions of Igbo children as the then Federal Commissioner for Finance and Vice-Chairman of the Federal Executive Council and the sage, Chief Obafemi Awolowo said that ‘starvation was a legitimate weapon of warfare.’ Despite the ‘No victor, no vanquished’ statement credited to the then Military Head of State, General Yakubu Gowon, they were only given a paltry twenty pounds after the war as their settlement. It didn’t matter how much they had prior to the war – that was their punishment for being renegades.

In an Arise TV interview granted recently where Mallam Isa Funtua, the former Managing Director of the Democrats Newspapers and an opinion leader from the north he picked holes at the thought of an Igbo person succeeding President Buhari. The interview was anchored by the duo of Dr. Reuben Abati and Tundun Abiola and he was quoted to have said: ‘“They (Igbo) should belong. They should join the party. They want to do things on their own and because they are Igbo, we should dash them the president? That was the reason I said is it turn by turn Nigeria Limited?”

He also said: “With due respect to the Igbo, they fail to understand that when the south-west chose to remain on their own as opposition, they did not go near the power. To a large extent, the north in terms of religion and culture are closer to the south-west than to the south-east. When Ekwueme contested (for the PDP ticket), Chief Olusegun Obasanjo defeated him.

“I know Nigerian politics, you chose your candidate who will be able to bring votes to you to win election, not on regional basis, not on tribal basis. Is he going to be the president of the North, East, South-west, South-south or whatever? If the Ibo wants to be president, then they must belong. If you don’t belong, then you can’t be the president.”

This statement is rather tragic as it greatly belittles the personality of Funtua relegating him to the status of an ethnic jingoist. The reason why the cry for secession is loudest in the south east is because of their marginalization by successive governments since the war ended decades ago. There is hardly governmental presence in the region with the worst roads being located there. The government at the centre has been playing sinister politics with the dredging of the River Niger and there is the crass refusal to build seaports there which will greatly decongest the Lagos ports and diffuse development and wealth to the east.

The number of relevant political appointments given to the region has greatly dipped as well as their presence in the top echelon of the civil and public service. These are critical issues that cannot be swept under the carpet which has seen the rise of the likes of Mazi Nnamdi Kanu who have been vociferous in their cry for their own country as the union is not working in their interest.

The 1999 Constitution provides clearly for Federal Character to cater effectively for the interests of the over 250 ethnic groups that make up the nation so as to ensure that no single group perpetually lords it over the other. Therefore it is not out of place for the south east to agitate for the Presidency since they have never been privileged to have a shot at it since independence. The foremost nationalist, Dr. Nnamdi Azikiwe who was of Igbo extraction fought against the secession clause from being inserted into the independence constitution of 1960 and gave up his Prime Ministerial dream when uhuru finally came in the interest of peace. In my humble opinion, the pay back time is now as they have really made lots of sacrifices for the growth and development of our nation.

In the interest of justice and equity, other tribes should support their bid to succeed Buhari in 2023 when his term would come to an end. We need to build a more inclusive nation as we are currently too divided. The east needs to be shown more love and not made to feel like second class citizens simply because they lost a war which they fought for a justifiable reason.

The south or the Confederates which tried to secede from the American Union weren’t treated as badly as the way the Igbos are being treated.

2023 should herald the new dawn of fair play and they should be sturdily backed to sit in Aso Rock.

Enough of the overheating of the polity by Northern leaders like Funtua!

Next Level Bunkum (A Nation in Ruins)

SARS Reform Is The Best Alternative To End SARS

9 thoughts on “Isa Funtua’s Rant Against the Igbo Presidency”