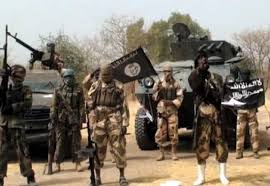 Fighters from the Islamic State West Africa Province (ISWAP), stormed into the town of Askira late Friday in a dozen pickup trucks fitted with machine guns, leading to clashes with troops and local vigilantes.

“Our men repelled the terrorists but we lost three soldiers and two trucks,” a military officer told AFP, adding that the insurgents suffered “heavy casualties”, without giving a toll.

Vigilante Adamu Galadima said an ambush was laid for the jihadists following information they were heading to the town.

“It was an intense fight and they were forced to withdraw. Three soldiers were killed and five residents were injured by stray bullets,” he said.

Another vigilante, Peter Malgwui, told AFP the retreating jihadists raided Kilangar village, 15 kilometres (10 miles) away, looting drugs from a clinic and burning it.

On Sunday, ISWAP released a statement claiming it killed seven Nigerian troops and seized three vehicles in the Askira attack.

ISWAP, which split from the Boko Haram jihadist group in 2016, has focused on targeting military installations and troops since mid-2018.

The decade-long violence has killed 36,000 people in the northeast and displaced around two million from their homes, creating a dire humanitarian crisis.

The conflict has spread to neighbouring Niger, Chad and Cameroon, prompting a regional military response to combat the jihadist groups.

NECO Postpones Exam For 14 Days Due To Low Registration