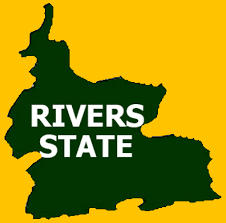 By Rivers Network for Positive Change

Yesterday, July 30, 2019, we read a write up like others before it written by a self-acclaimed chieftain of the All Progressives Congress (APC), Chief Eze Chukwuemeka Eze attacking the Rivers State Governor, Chief Nyesom Wike for according to Eze not fulfilling his promise of giving some commissioners’ slot to Senator Magnus Abe thereby breaching the agreement they reached.

Eze also alleged that Abe sacrificed everything, including denying the APC the opportunity to be on the ballot in the last general elections in the state.

No sooner have we read the statement, than we realize how empty the author is and the length he can go to achieve his mischief.

That Eze, an octogenarian that he is yet to come to terms with the saying that ‘there is none as deaf as those who refuse to hear’ is quite unfortunate. It is a common axiom in law that he who alleges must prove, but in his entire ranting and hogwash mere accuse both Governor Wike and Senator Abe without fleshing up his argument as to where, when and how the two political leaders and prominent sons of Rivers State met to negotiate cabinet positions as a recompense for Abe. What balderdash! This to say the least is yet another tale told by an idiot containing nothing.

Paradoxically Eze, who in his words ‘claim to be a close friend of Senator Abe’ could not provide anything concrete to probably convince gullible minds that Abe was all out to deny his party participation in the ballot.

One wonders when it would take the Eze’s of this world and his co-travelers fail to come to terms with the situation on the ground that, “it is needless to continue fighting”.

Again, one ill-feeling and malice that Eze will never achieve is to create animosity or discord between the distinguish Senator Abe and his Ogoni brothers. This at best will be a flash in pan, knowing how loved and respected the Senator is amongst his people and Rivers State as a whole.

Going further to accuse Abe of ensuring that all the Ogonis fielded by other political parties either as governorship candidates or deputies were frustrated and or dismantled before the elections is a lie from the pit of hell. Except that Eze wants to tell us that he is clairvoyant to know these things.

It is not an irony of sort that Eze is, on the one hand, accusing Abe of reaping what he sows and on the other hand begging Wike to accommodate him (Abe) and not to abandon him. Why not allow the man to face the consequences of his actions?

Just read what Eze said, “I want to assure Senator Abe and his misguided cohorts that I will not rest until he obtains justice, no matter the odds.” Imagine the beautiful nonsense!

Our honest advice to Eze is to desist from throwing salvos at the wrong person. All followers of political events in the state know how the APC in Rivers State got into a pit before the 2019 general elections. For the likes of Eze who continue to feign ignorance of everything, including when their children defecate at home, they should be reminded by the words of Othman dan Fodio that ‘Conscience is an open wound only truth can heal it’.

7 thoughts on “It's Needless To Continue Fighting, Group Tells Eze”