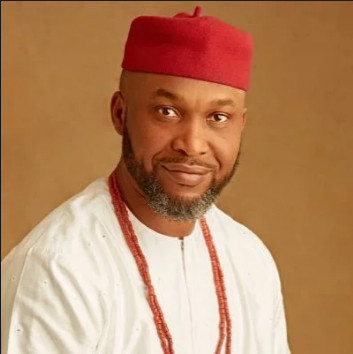 Speaking on the reason for the visit, Umahi, pointed out that Chidoka was one of the founding members of the PDP, but left due to lapses within the party.

Umahi said a�?We apologise for the rancor we have been having in the party, and we know the reason for your leaving ab initio”. He assured Chidoka that all the lapses have been taken care of and the party has come to take back what is their’s.

He said the essence of the visit was to ask Chidoka to return back to PDP to join the transformation.

“Nobody needs to ask you to come back to the house you built”. Umahi said. “God has brought you to limelight where you cannot be hidden, you are not a hidden face in the south east, we need people like you among us to get things right.a�?

Umahi said, a�?We brought Senator Babayo here because of the importance of your return to us. A person of your caliber does not need to be told to return to a party you helped to build.”

Speaking, the Deputy National Chairman of the party, Senator Babayo Gamawa said the delegation was at the country home of Chidoka because it was convinced that Chidoka remained a PDP member.

Babayo said Chidoka had contributed immensely to building PDP, and has no better place to play politics or contribute to nation building than to return to PDP.

Babayo said “We are not here to ask you to rejoin the party but to join a rescue mission because the country needs to be saved”. He said PDP is the rightful place for Chidoka, and Anambra needs to be better and this cannot happen when the people are outside the ring. He implored Chidoka to use his influence in Anambra to make Nigeria better.

Babayo stated that haven assessed Chidoka during his time as the aviation minister and his exploits with the Nigerian airports, it is pertinent to bring him back to join the rescue mission.

Furthermore, he stated that Nigeria needs a vibrant economy, which will revive all the lost opportunities which were available during the PDP leadership.

Babayo said the party was aware of some of the reasons for the exit of Chidoka, but said the party had been rebranded and was poised for exploits in the 2019 general election.

He added that PDP had realised its mistakes and would do better if it takes power in 2019.

Babayo also notes that Nigeria needs not play regional politics, but an all inclusive politics for development which is what the country needs at the moment.

Chidoka in his response to the delegationa��s request to rejoin the party said the matters that led to his exit from the party was glaring, but expressed happiness that the current leadership was addressing them.

Chidoka informed the party that the leadership of United Progressives Party was aware of the visit of the PDP delegation to him, and that he would reach back to them to intimate them of the visit.

a�?When I heard the PDP was sending a delegation to see me, I thought it was just a small one, but you sent a high caliber delegation.

a�?There is urgent need to heal the land. There is need to build a nation where no man is oppressed or alienated”.

“This country has never been this divided.”

a�?There is need to look back at Nigeria and adjust it structurally.”

We need not wait for another violent outburst to structurally adjust the nation, we need to restructure now. he said. “I went to UPP because they agreed with my vision.”

“We cannot resolve Nigeriaa��s structural issues at once, but we can do so through a continuous process.”

a�?Nigeria is a great country, we are a unique people, and we have energies that are fancied. What we need more is to restructure the country and make people let off their energies. Chidoka said.

Haven worked with the PDP, written their manifestoes and all I did in the party, I can rightly say I have the spirit and soul of PDP.

Chidoka informed the delegates that the UPP is ready to get into any positive coalition that will pull the country to a better place.

“I will relay the message of the PDP to the UPP and a feedback will be sent through the zonal vice Chairman”. Chidoka promised.

In his closing remarks, the National Youth Leader Mr. S.K.E Udeh-Okoye appreciated the leadership at both national and zonal level and implored Chief Chidoka to hearken to the clarion call and join the rescue mission to save the nation.

The Mindless Worship of Gadgets