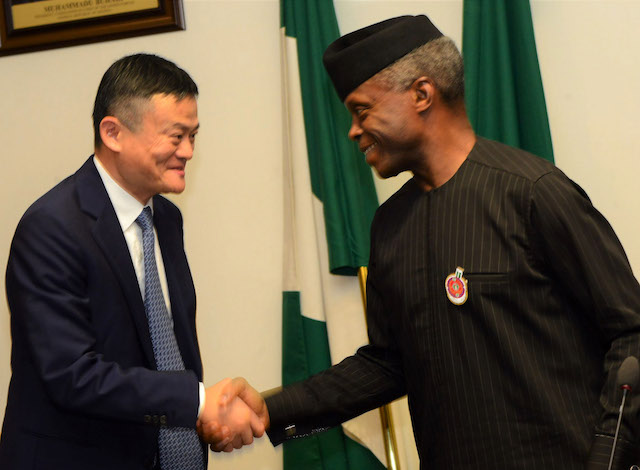 Chinese investor, Jack Ma’s rise from grass to grace is something you typically see in the movies. Here was a man who had to ride several miles on his dilapidated bicycle as a teenager to interact tourists in his determination to learn how to fluently speak the English language. He failed his examination four times before he was eventually accepted to study English at a local Chinese university. After graduation, he applied to Harvard Business School to do his MBA but was rejected ten times. He applied for thirty jobs after his graduation and was turned down by all the prospective employers. Things were so bad that he sought to work in Kentucky Fried Chicken (KFC). Out of twenty-four people who applied, he was the only one left out in the cold.

On a chance meeting which was his first to the United States in 1995, he saw first hand the power of the internet and was surprised that nothing could be found online about his native China. He started China pages after his return home before quitting his day job as a bureaucrat to co found Alibaba with five hundred Chinese Yuan.

Alibaba has grown exponentially and is valued at over a hundred billion dollars and his net worth as at February this year was put at over $41 billion. Last year he stepped down as the company’s CEO to devote more time to his foundation: Jack Ma Foundation which has given millions of dollars to entrepreneurs especially techpreneurs all over the world.

He recently paid his first visit to Nigeria and was hosted by Vice-President Prof. Yemi Osinbajo who had this to say about the historic visit.

“This is exciting time for us and we are really happy that you are here and I know the young people and lots of businesses and entrepreneurs are looking forward to your interaction with them later today.

“So, the potential is tremendous, it is an incredible potential that we have. So, we are at a point, and your coming is very strategic, in our trajectory and in the progress of our country.

“I think, it is a very important moment and what we are seeing – a lot of entrepreneurship, a lot of young people who are very actively engaged in the digital economy at various levels.”

Jack Ma came in company with some other Chinese investors and told the nation’s number two man that he was willing to invest in four broad areas: e-infrastructure, e-governance, entrepreneurship and education.

His visit shows that Nigeria – the most populous country in Africa is a market that cannot be ignored by the tech giants. We recall that the CEO’s of Facebook and Twitter, Mark Zuckerberg and Jack Dorsey were also both here.

More than half of these populations are youths and no tech giant can afford to ignore Nigeria because of her large market and potentials for more growth. There is a projection that by 2030 the population will double so you ignore her at your own peril.

Tech start ups dot the landscape. The likes of Iroko TV, Hotels.ng, Prepclass.com.ng, Oga Venue, Paystack, Andela, Flutterwave etc have received funding from foreign investors – a testimony to the fact that the world is beginning to take notice of Nigerian tech startups.

Let us critically look at the four E’s which he anchored his visit on. He talked about e-infrastructure. How does he mean by that? Is he indirectly saying Ali Baba will massively invest in infrastructure as there is a huge deficit in that area in the country which frustrates the activities of e-commerce companies. Is he going to provide power supply? Will he build roads? Will he invest in other social services that would make the country more investor friendly? How does he mean by investing in e-governance? Is he going to positively influence the polity to ensure that we have good political leaders who can have a monumental impact on public policy? Will he fund political parties and set up a lobbying wing to lobby national and state legislators to make better laws for the people? He talked about entrepreneurship – will Alibaba have a physical presence in Nigeria? Will he increase the funding his foundation gives to Nigerian entrepreneurs? Will he pair up bright and talented entrepreneurs under the tutelage of Chinese mentors? How will he influence the nation’s battered educational sector? Will he build a school or university in the country? Will he endow the existing universities with grants? It would have been nice if journalists were on ground to grill him in a no holds barred and frank interview on how he intends to achieve the four E’s that he shared with the Vice-President.

We hope his visit will translate into economic gains for the country that is badly in need of this intervention to ease the unemployment quagmire in the country. It should go beyond talk and pictures. There should be collaboration on the part of both parties – the government and potential investors to work out the modalities on how a win-win situation can be achieved.

There should be effective follow ups on the part of our bureaucrats to ensure that Nigeria becomes investment friendly in the not too distant future. The government must also ensure that the enabling environment is created for these investments to berth properly here.

Enough of talk shops; the youths need jobs, jobs and more jobs and technology can come in as a deux machina to make that happen on a gargantuan scale.

Knives out for Obasanjo

I am no Mandela – Adama Barrow

Time To Remove Buhari From Power