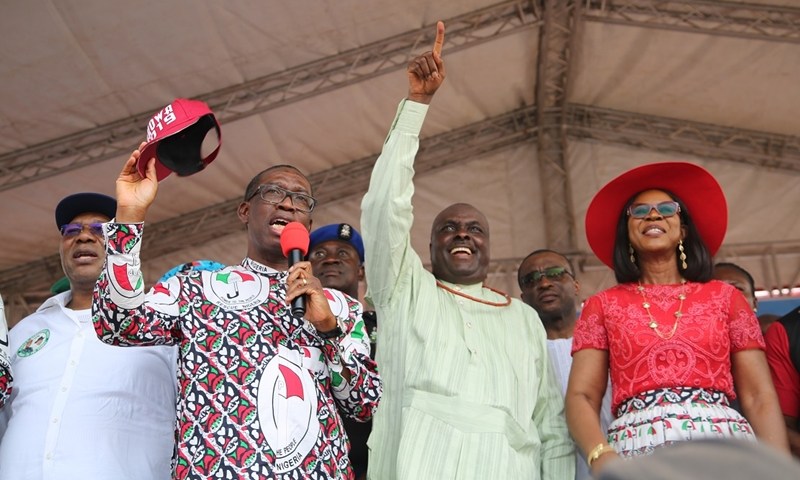 The grand finale of the Delta State Peoples' Democratic Party (PDP), campaign rally bubbled when the former governor of the state, Chief James Onanefe Ibori, stormed the stadium, venue of the event.

Ibori, who stole the show, got the attention of party supputers who were scattered abroad on the field but received strength when he was introduced at the podium.

Ibori, told the mammoth crowd Friday that he remains committed to the reelection bid of the incumbent governor, Ifeanyi Okowa.

Earlier at the general field at Ika south local government area, Okowa's first point of call, he called on the people to come out enmass and vote for all PDP candidates in the February 16th and March 2nd 2019, general elections.

Okowa told the people both at Ika south and Ika north east that they should do their part by coming out to vote and ensure they stayed behind to defend their votes.

He charged them not to allow intimidation but to give a close marking on the officials of the Independent National Electoral Commission (INEC), from the Ward collation center to the local government collation center and to the headquarters in Asaba.

He reiterated his promise to making his youth empowerment programme tripple while others would be doubled in his second term.