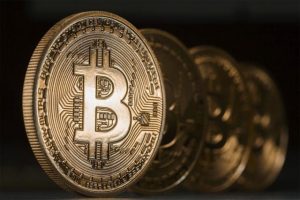 After major cryptocurrency exchange Coincheck suffered massive losses to hackers last month, the government of Japan is set to introduce punitive measures to a few crypto exchanges as a push for greater investor security. Some exchanges might actually be forced to suspend business as a result, according to Reuters .

a�?The [Financial Services Administration] will mete out the punishments after uncovering flaws in customer protection and anti-money laundering measures during on-site checks at the exchanges,a�? Reuters reports. a�?After the Coincheck heist, the FSA said it would investigate all cryptocurrency exchanges for security gaps. As a result of those checks the FSA will order some of the unregistered exchanges to halt their operationsa�?

a�?The exchange has promised to repay about $425 million of the cryptocurrency it lost in the theft. Last month it said it has sufficient funds to make the repayments, but declined to specify when it would repay investors affected,a�? Reuters reports.

In 2017 Japan became the first country to officially start regulating crypto exchanges at the national level. To date, 16 exchanges have registered with Japan’s regulatory agencies. Another batch of 16 exchanges have submitted applications, and were permitted to continue operating while their applications were under review by regulators.

a�?After the Coincheck heist, the FSA said it would investigate all cryptocurrency exchanges for security gaps, and ordered them to file reports on system risk management and cryptocurrency storage,a�? Reuters reported. a�?The FSA told Coincheck after the cyber heist to bolster its security systems. The second improvement order will focus on customer protection, the sources said, with the FSA monitoring progress of compensating investors affected by the hack.a�?

These moves by financial regulators in Japan underscore just how new all of this is to government agencies. Cryptocurrencies have been around for several years now, but governments are still struggling to rein in cryptocurrency exchanges and enforce strict security regulations to protect investors.

I will buy Arsenal after Dangote refinery is completed: Aliko Dangote