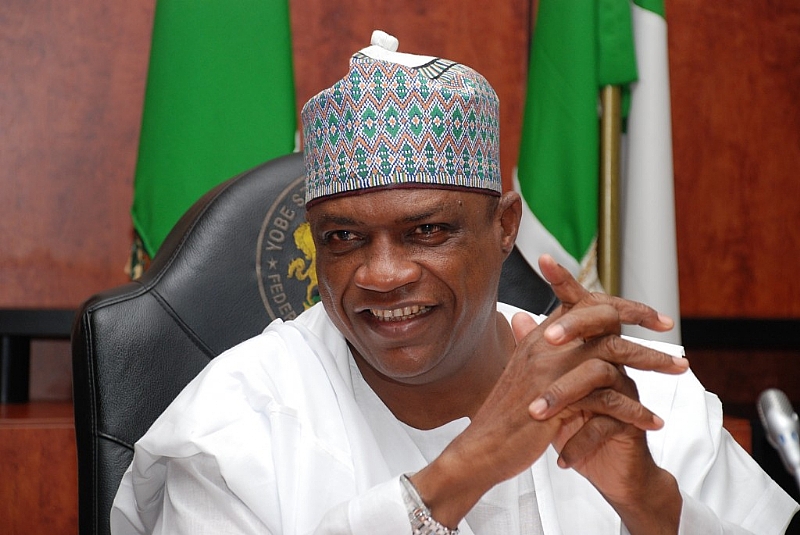 The Joint Health Sector Union (JOHESU) Yobe State which comprises of professional health associations has conferred a merit award on Governor Ibrahim Gaidam of Yobe State as the “Best Health Sector Reformer” in the state.

“These professional health associations…advocate for continuous development of the health sector, which to our happiness and great admiration is already being effectively championed by His Excellency Governor Gaidam”, Usman said.

The JOHESU chairman further lauded the infrastructural development in the sector, saying they are unprecedented and “have placed Governor Gaidam amongst the highly rated governors in the country”.

“As major stakeholders, JOHESU is at a vantage position to really tell the story of the genuine restructuring that has taken place in the (state's) health sector”, Usman said.

Comrade Abdulaziz also commended the governor for the recruitment of more health professionals in the state's health service as well as the upward review and 100% implementation of the CONHESS salary structure for JOHESU members and the CONMESS scale for doctors.

Usman added that the 100% CONHESS/CONMESS implementation by the Gaidam administration was a “show of total commitment to the development of the health sector and a policy approach geared at alleviating the suffering of the common man in society”.

The JOHESU chairman however explained that the award conferred on the governor is meant to motivate him to do more for the health sector and the state in general.

He called on other state governors to emulate Gaidam “because”, he added, “t is our belief that the greatest dividend of democracy should be in the health sector”.

While accepting the award, Governor Gaidam thanked JOHESU for the honour.

He noted that before the coming of his administration, Yobe's healthcare sector was beset by “gross inadequacy of infrastructural facilities, equipment and human resources”.

“We took far-reaching measures to address these challenges. We have also collaborated with our development partners such as WHO, UNICEF, Women for Health, Bill and Melinda Gates and Dangote Foundations, the Federal Ministry of Health and the National Primary Healthcare Development Agency to achieve our overall objectives”, Gaidam said.

The governor also assured JOHESU that his administration will continue to invest massively in the healthcare sector and accord a special priority status to it.