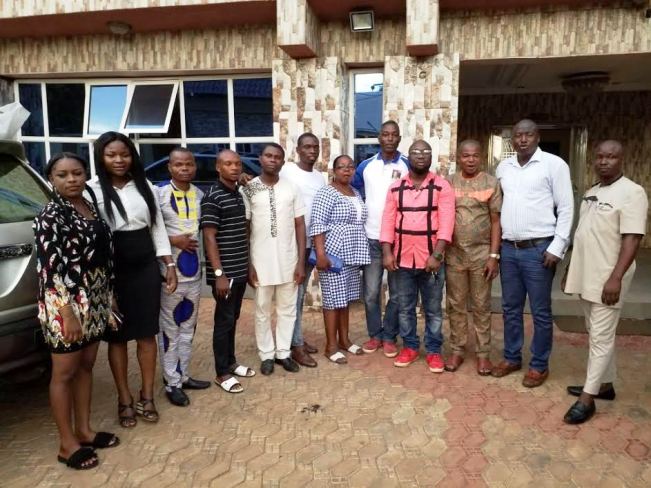 With the coming on stream of Online Media Practitioners Association of Nigeria (OMPAN), the practice of digital journalism in Delta State has taken turnaround as the executives of the body was formerly inaugurated on Sunday at Achubis Hotel Asaba, the state capital.

The association was formerly launched into the national media space in Owerri, the capital of Imo state in March 2018 when online media practitioners from across the country gathered at the Imo state capital for a two-day-convention under the leadership of James Emeh Anyalekwah as national president.

More than 180 online media experts were at the convention where the association was born, given way to its growth in the states across the country. The convention at Owerri gave birth to zonal and state levels cutting across the six geo-political zones of Nigeria with vice presidents in each of the six zones and chairmen at the state levels.

In the South-south zone of Nigeria, the association has Mr. Emmanuel Enebeli, the publisher of Ndokwa Reporters as vice president, overseeing the six states in the Niger Delta region.

The Delta state chapter was formally born on Sunday, June 3, 2018 with the election of eleven executive members who would champion the affairs of the association in the state fir 12 months.

The election was a major breakthrough as it marked the beginning of extensive digital media engagement in Delta.

Mr. Peter Legacy, who emerged as chairman, in his speech, outlined great vision for the association, which is believed will lead to robust online journalist in Delta state.

He told the members who gathered from all over the state in Asaba that his administration would make OMPAN a household name in Delta state.

Among the programmes he rolled out is engaging stakeholders either in the politics of the state or economy to account for their stewardship and contribution to the growth of the state.

He said aspirants to the various political positions in the state would be invited to political debates which will be fully organized and supervised by OMPAN in Delta state.

He assured of programmes and innovations that would make OMPAN members fully engaged so as to carry out their duties as watchdogs, opinion moulders and agenda setters in the state.

Mr. Legacy, who spoke on behalf of the 11 member state executive assured of all inclusive policy thrust that would benefit all members of OMPAN, stakeholders and residents of the state.

He noted that there are tasks ahead for everyone, even as he enjoined members to remain focused and committed to making OMPAN a household name as any other name in Delta state.