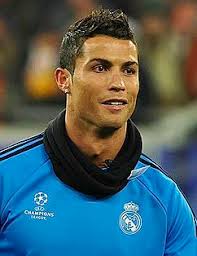 Ronaldo opened the scoring in the 11th minute when he collected a pass from Toni Kroos to finish with aplomb, Stuani restored parity for Girona in the 29th minute to end the first half with a 1-1 scoreline.

Ronaldo continued from where he stopped in the first half by scoring another goal in the 47th-minute followed by a goal by Vasquez to put Real Madrid in control.

Gareth Bale and Ronaldo completed the rout when the Portuguese international scored his fourth of the match in stoppage time to take his tally to 22 goals in the La Liga this season.

Ronaldo has now scored 21 goals in his last eleven matches in all competitions.

Paco Alcacer and Lionel Messi scored the goals for the Blaugrana who are unbeaten in the league this season.

Sarri not aiming to repeat Napoli formula at Chelsea

15 thoughts on “Joy Of Four For Cristiano Ronaldo”