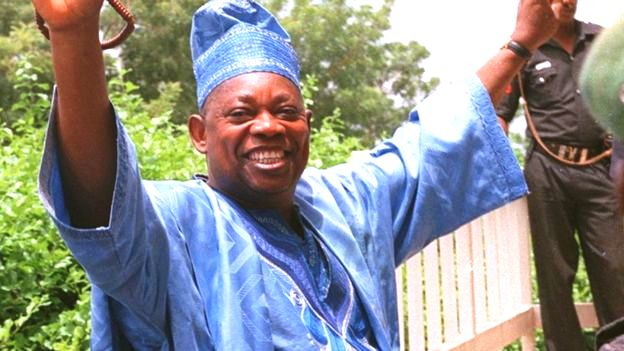 A front line pro democracy and civil society group at the forefront of the struggle to revalidate the treasonably annulled June 12, 1993 Presidential election mandate won by late Chief MKO Abiola, has described the approval of June 12 as Democracy Day by the House of Representatives as victory for the Nigerian people.

In a statement issued in Lagos today Friday 7th December and jointly signed by the acting chairman Linus Okoroji and the General Secretary Nelson Ekujumi, the group commended the House of Representatives for doing the needful in officially approving June 12 as democracy day in tandem with the declaration of the day as Democracy Day by President Muhammadu Buhari in June this year.

The group went down memory lane to recount how Nigerians endured the shenanigan of a fraudulent and most expensive transition programme in human history by the Ibrahim Babangida military junta and peacefully went to the polls to vote for a Pan Nigeria President in a manner which jettisoned ethnic, religious and primordial sentiments, but which was treasonably annulled, even though widely acknowledged as the freest and fairest election in Nigeria's political history.

The group recounted the loss of lives, dislocation and destruction of properties of Nigerians by the military despot just to cow the Nigerian people to accept the annulment but failed and resulted in resolute agitations which sustained the struggle from 1993 and terminated military rule in 1999.

It acknowledged the lives lost including that of the winner Chief MKO Abiola in detention under late military despot Get. Sani Abacha, his wife Alhaja Kudirat Abiola, Pa Alfred Rewane, amongst several other matrys.

June 12 Coalition took a swipe at successive civilian administrations since 1999 till 2015 who refused to honour the struggle and sacrifices of the Nigerian people by recognizing June 12 as Nigeria's Democracy Day, but chose rather to align with agents of darkness and despotism by recognizing May 29th as democracy day instead of the handing over date that it was.

The group congratulated President Muhammadu Buhari for the pro people action of acceding to the cries of the Nigerian people for June 12 as Democracy Day which was largely ignored by his predecessors and expressed the Nigerian people eternal gratitude to him, for writing his name in gold as a listening and sensitive leader, servant of the people and a democrat per excellence.

The Press Statement
“The June 12 Coalition of Democratic Formations (J12CODEF) felicitate with Nigerians and lovers of democracy all over the world, over the official approval by the House of Representatives of June 12 as Nigeria's Democracy Day as against the former May 29th which is the handover date from military junta to civilian rule in 1999.

We regard this official approval of June 12 as Democracy Day by the House of Representatives following the Presidential declaration of President Muhammadu Buhari in June this year as victory for democracy and the long suffering Nigerian people who sacrificed blood and sweat to sustain the spirit of June 12.

If we all recollect, on June 12, 1993, Nigerians jettisoned ethnic, religious and other primordial sentiments to elect late philanthropist and business mogul, Chief Moshood Kashimawo Olawale Abiola of the then Social Democratic Party (SDP), as the President and Commander in Chief of the Armed Forces of Nigeria in an election that has become a reference point in our political history as the freest and fairest election till date.

On June 12, which has become recognized officially today as Nigeria's Democracy Day, Nigerians across all divide, endured the pains, trauma, humiliation and evil plots of the ruling junta of ex dictator, General Ibrahim Babamosi Babangida (Rtd.) tortuous and most expensive transition programme in human history, meant to transmute the military President into a civilian dictatorship, by standing firm to insist on the conduct of an election that unfortunately was treasonably annulled by the Babangida military junta via an unsigned piece of paper on June 23, 1993.

Then began a long and tortuous journey to reclaim the peoples mandate freely given to late Chief MKO Abiola at the polls, the consequence of which resulted in the death of many martyrs including the winner of the election, Chief Abiola in detention under the junta of late General Sani Abacha, his wife Kudirat Abiola, Chief Alfred Rewane, Bagauda Kaltho, etc, physical injuries and deformation of limbs of so many, termination of the military careers of young officers, prolonged detention and disappearances of voices of conscience, exile of notable Nigerians, dislocation of families and businesses, etc.

Notwithstanding the pains and agony visited on the people for resolutely keeping faith with the mandate since 1993 which led to the exit of military rule in 1999, the newly elected democratic government of the day, rather than align with the sacrifices and aspirations of the people for June 12 as democracy day, sided with the agents of darkness and despotism by recognizing May 29 as Democracy Day with the hope of obliterating the significance of that day from the peoples consciousness, but it failed.

While appreciating the House of Representatives for this great and commendable move, the June 12 Coalition of Democratic Formations (J12CODEF) on behalf of the Nigerian people, is immensely and eternally grateful to President Muhammadu Buhari for his boldness and political sagacity in officially declaring June 12 as Democracy Day and mobilizing the House of Representatives to do the needful now.

By this pro peoples action which has bore a good fruit, President Muhammadu Buhari has once again, proven to be a sensitive leader with a listening ear, a servant of the Nigerian people and a democrat per excellence who has etched his name in gold in our political history”.