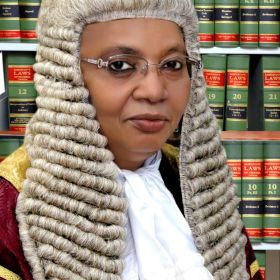 Nigeria: 23rd May 2019: The widely perceived forced resignation of the President of the Court of Appeal, Hon Justice Zainab Adamu-Bulkachuwa, yesterday, 22ndMay 2019, as the Chair and Member of the 2019 Presidential Election Petition Tribunal is shadow chasing, clever by half and fire brigade approach unless it was done strictly in completeness or in totality of letter and spirit.

That is to say that Hon Justice Zainab Adamu-Bulkachuwa’s resignation is totally incomplete unless it is fully layered in the spirit of the resignation. The intent or spirit behind calls for the Hon PCA to recuse herself is to ensure the total separation of her body and soul from the proceedings of the 2019 Presidential Election Petition Tribunal and its expected outcome. The PCA’s resignation, therefore, must be devoid of the Hand of Esau but the Voice of Jacob; otherwise, the expected outcome of the Presidential Poll Tribunal will be widely viewed as predetermined or dead on arrival.

The judgment of the Tribunal dismissing the formal application for the exclusion or excusing of the Hon PCA from the Panelists of the Tribunal is immaterial or inconsequential to Nigerians of moral and democratic conscience. That is to say that it does not matter whether a cat is tall or short, tin or fat, black or white so long as it catches a rat. The PCA’s resignation is welcomed by Intersocietyprovided it was done in completeness or in totality of letter and spirit. This is more so when what Nigerians demanded from the Hon PCA from the beginning is conscientious resignation or quitting of the Tribunal and restriction of herself to her post of the Court of Appeal President.

Intersociety must also point out the two fundamental missing points in the Hon PCA’s resignation: that her resignation was not accompanied by unreserved public apology for holding the entire country to ransom and refusing to morally do the needful, until publicly forced to do so; and that her resignation was done in absence of a firm public assurance that there shall be no iota of interference or any form of overt and covert influence or pressure from her person or her office, close relatives and associates; with respect to the proceedings and outcome of the Tribunal.

38 Years Old Farmer To Die By Hanging In Delta

84 thoughts on “Justice Bulkachuwa’s Resignation From The Presidential Poll Tribunal Must Be Complete, Both In Letter & Spirit”