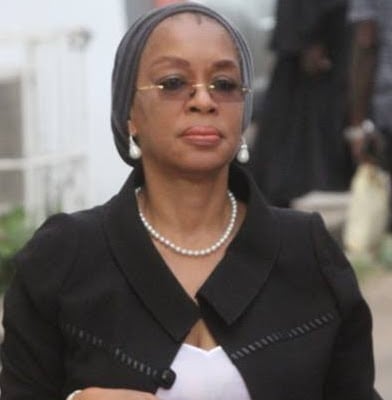 A disgraced former federal judge, Justice Rita Ofili-Ajumobogia slumped in court Friday just before the commencement of proceedings in the alleged graft suit preferred against her by the Economic and Financial Crimes Commission, EFCC, at the Lagos High Court.

The corrupt former judge, who was dismissed from the bench by the NJC this October for gross misconduct, was rushed to a local hospital in an ambulance forcing Justice Hakeem Oshodi to adjourn the matter, following a request by her lead counsel, Mr. Robert Clarke, SAN.

10 thoughts on “Justice Rita Ofili-Ajumobogia slumps Inside A Lagos High Court, Rushed To A Hospital”