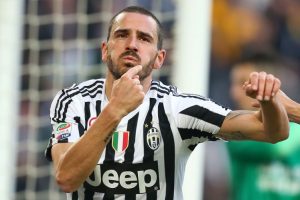 Paulo Dybala inspired Juventus to a second win while CSKA Moskva held on to beat Real Madrid and Ajax drew at Bayern.

Bayern München 1-1 Ajax
Mats Hummels gave Bayern a fourth-minute lead, heading in Arjen Robben’s cross, before Noussair Mazraoui levelled midway through the first half after a one-two with Dušan Tadić. Ajax threatened a second goal but ultimately both teams moved on to four points.

AEK Athens 2-3 Benfica
Substitute Alfa Semedo scored with 16 minutes left to earn Benfica victory after they had seen a 2-0 lead disappear. Benfica looked comfortable after Haris Seferović and Alex Grimaldo struck inside the first 15 minutes. But Rúben Dias was sent off before half-time, and goals from Viktor Klonaridis on 53 and 63 minutes then drew AEK level. Group F

©Getty Images
Hoffenheim 1-2 Manchester City
David Silva scored with three minutes left to get City off the mark, at the end of a game where Hoffenheim had been celebrating just 44 seconds into their first-ever UEFA Champions League home match thanks to Ishak Belfodil’s goal. Sergio Agüero equalised seven minutes later.

Lyon 2-2 Shakhtar Donetsk
Shakhtar came from behind for a 2-2 draw with Hoffenheim a fortnight ago, but this time it was they that were denied. Júnior Moraes netted for the visitors just before half-time and added another early in the second period; however Moussa Dembélé and Léo Dubois struck in a three-minute spell to give Lyon a point that keeps them top. Group G

©AFP/Getty Images
CSKA Moskva 1-0 Real Madrid
Nikola Vlašić’s second-minute strike proved enough to secure CSKA an impressive win despite both Casemiro and Karim Benzema hitting the post for the holders and Igor Akinfeev receiving an added-time red card. CSKA now lead the group, a point ahead of Roma and Madrid.

Roma 5-0 Viktoria Plzeň
Roma recovered from their opening-day defeat by Madrid in some style as an Edin Džeko hat-trick guaranteed they surged to victory. Cengiz Ünder and Justin Kluivert also got in on the scoring act. Group H

Juventus 3-0 Young Boys
Paulo Dybala ensured Juve did not miss the suspended Cristiano Ronaldo as the Argentinian’s hat-trick led the Bianconeri to their second win in the section. YB’s Mohamed Ali Camara was sent off and they remain point-less on their group-stage debut.

Manchester United 0-0 Valencia
Both teams had chances, with Marcus Rashford hitting the bar late on, yet there were no goals. Valencia therefore opened their account following their opening loss to Juventus, who now lead United by two points. Wednesday fixtures (21:00CET kick-off unless otherwise stated)

Smith gets bragging rights over Kohli