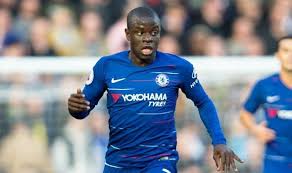 N’Golo Kante showed off the better side of his game after midweek criticism by his coach to inspire Chelsea to a 2-0 win over west London neighbor Fulham in the Premier League on Sunday.

The France midfielder dispossessed Jean-Michel Seri inside Fulham’s half, drove forward and laid the ball off for Pedro Rodriguez to score a fourth-minute goal that put Chelsea ahead at Stamford Bridge.

Chelsea coach Maurizio Sarri said during the week that Kante has yet to settle in his new, more attacking role this season and was critical of the midfielder’s display in last weekend’s sobering 3-1 loss at Tottenham, Chelsea’s only defeat in the league so far.

Kante is widely regarded as the best holding midfielder in the world but is no longer playing there for Chelsea since the offseason arrival of deep-lying Italy playmaker Jorginho.

His ability to press high up the field in his new position and spark counterattacks, which was the route to Chelsea’s opening goal, perhaps explains why Sarri is keen to play Kante there — and will continue to do so this season.

There are signs that Ranieri, who led Leicester to an improbable Premier League title triumph in the 2015-16 season, is getting some shape back to Fulham’s team and the visitors had decent chances against Chelsea, with Calum Chambers twice testing goalkeeper Kepa Arrizabalaga early in the second half.

Chelsea moved back to within seven points of first-place Manchester City, with the teams meeting at Stamford Bridge next weekend.

Pedro’s goal was Chelsea’s 1,000th in the Premier League, making it the third team to reach that landmark after Manchester United and Arsenal.

Nigeria-England pre-World-Cup friendly excites Mikel Obi, says it will be big occasion for both teams