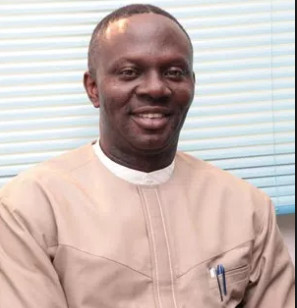 Afegbua is suing to protest alleged harassment and persecution by the Police over a statement he issued on behalf of his boss considered critical of the President Muhammadu Buhari administration.

Afegbua, through the suit marked FHC/ABJ/CS/129/2018 and which was filed before the Federal High Court in Abuja on Tuesday, asked for N1bn as damages for the breach of his fundamental human rights.

Those joined as respondents to the suit are the Nigeria Police Force, the IGP, the Force Public Relations Officer, Mr. Moshood Jimoh, the Nigerian Television Authority and the Channels Televisions Limited.

The IG had, in a statement issued by Jimoh on Monday, ordered the arrest of Afegbua for allegedly a�?making false statements, defamation of character and for an act capable of instigating public disturbance throughout the country.a�?

There was confusion on Sunday over the two statements purportedly written by the former military dictator, which bordered on the 2019 elections, herdsmen/farmersa�� crisis and other issues plaguing the nation.

In an earlier statement titled, a�?Towards a National Rebirth,a�� and signed by Afegbua, Babangida advised Nigerians to do away with a�?analogue leadersa�? and embrace those of the digital age.

In the statement, Babangida was quoted as saying that while Buhari reserved the right to seek re-election in 2019, the time had come for Nigerians to unite behind a younger candidate.

But in his suit filed on Tuesday, Afegbua argued through his lawyer, Dr. Kayode Ajulo, who filed the suit on his behalf, that he had not been formally invited by the Police before he was declared wanted and painting him a�?as a fugitive and common criminal with no modicum of dignity.a�?

He described his being declared wanted as a a�?witch-hunt, harassment, intimidation and persecution,a�? as his boss had not denied the statement he issued on his behalf.

According to the applicant, the Police, the IGP and the Force PRO used the platforms of NTA and Channels Television to declare him wanted.

He maintained that declaring him wanted was baseless, as he had never been formally invited by the Police or resisted an arrest by the Police before the declaration was made.

Okowa's Principal Secretary Reaches Out To Youth With New Technique