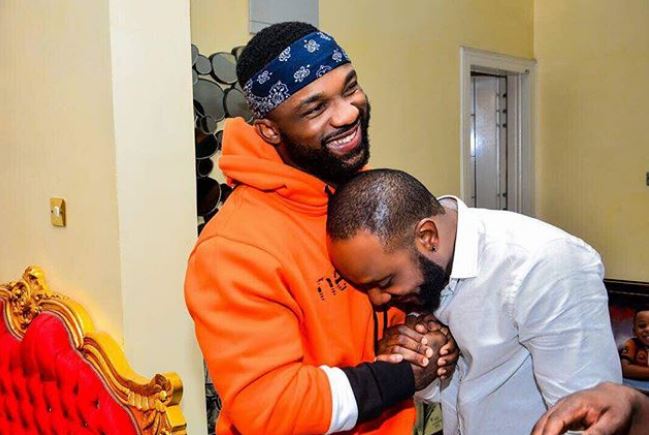 Singer, Iyanya and Kcee, have not really had a blossoming career for a while now and many of their fans are yet to understand where they both got it wrong.

Iyanya was doing fine while he was with Tripple Mg music group which he co-owned with Ubi Franklin until he decided to part ways.

Kcee on the other hand was doing fine with his long time record label, Five Star which is owned by his brother both all of a sudden, things dona��t seems to be going the way it has always been.

Recently, Iyanya and Kcee were seen bonding at E-moneya��s birthday party and there is possible speculations that he might be joining the record label and might be planning a duet with Kcee soon.

Well, leta��s all keep our fingers crossed and watch how things unfold for them knowing that they have the younger ones to compete with in the industry.