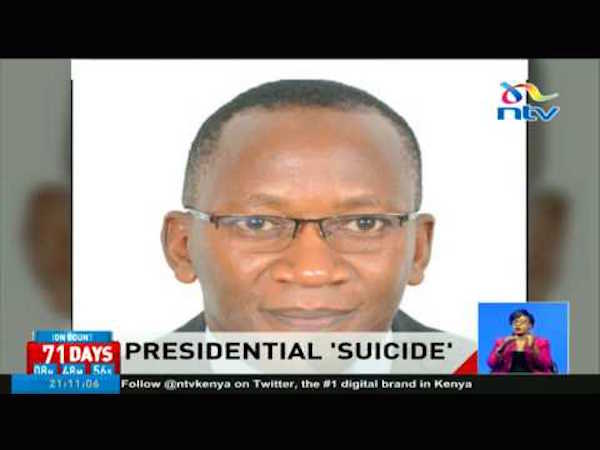 A Kenyan presidential aspirant was arrested by the police at the country’s electoral commission headquarters for allegedly attempting to jump from the 6th floor after he was disqualified from contesting.

Independent presidential hopeful Solomon Gichira broke a window and attempted to jump off the Anniversary Towers in the capital Nairobi. He was rescued by security officials and then arrested, local media Daily Nation reported.

“Mr Gichira is now under police custody as he had been arrested when he tried to jump out of 6th floor of Anniversary Towers when he was rejected by IEBC to run for president,” divisional police commander Robinson Thuku told the news portal.

Gichira, who has not been granted bail, will be arraigned in court on Monday for attempting to commit suicide and property damage, he added.

The independent aspirant is among eight others facing disqualification by the Independent Electoral and Boundaries Commission (IEBC) for not meeting the requirement of securing 2,000 signatures from people not affiliated to any party in at least 24 counties.

The disqualifications were described by the aspirants as a scheme to frustrate them from contesting.

“Mr Gichira has had systematic harassment by the IEBC and now the police are locking him up so that he misses out on presenting his nomination papers … why are they scared … is it because he is a threat?” Gichira’s running mate, Kelly Watima told Daily Nation as he and other supporters call for his release.