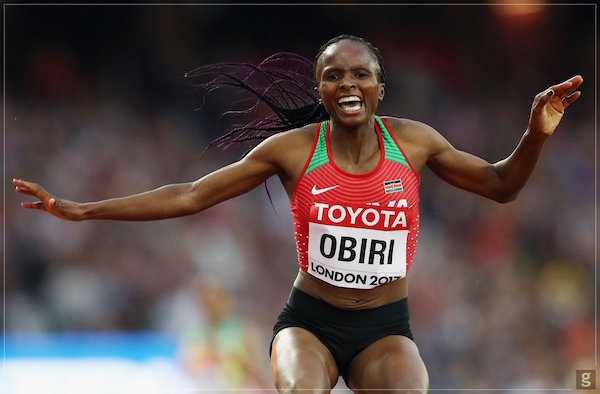 Ethiopia’s Ayana, winner of the 10,000 metres at the championships, and Obiri broke clear of the pack after one third of the race and opened up a huge gap as they set a blistering pace.

Ayana led with Obiri on her tail into the final lap until the Kenyan, silver medallist in Rio de Janeiro last year, suddenly burst past with 300 metres left and stormed home to win in 14:34.86, more than five seconds clear of her rival.

Sifan Hassan of the Netherlands prevented an East African clean sweep by taking the bronze.