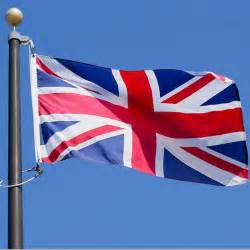 One British hostage kidnapped in Nigeria has been killed, while three others have returned home safely, the Foreign Office in London announced Monday.

The four, who were working with a Christian medical charity providing free health treatment in southern Nigeria’s Delta state, were kidnapped on October 13.

Ian Squire was killed, while Alanna Carson, David Donovan and his wife Shirley survived their ordeal.

“We are grateful for the support received by the British High Commission, and help from the Nigerian authorities in negotiating their release,” the families of all four abductees said in a statement via the Foreign Office.

“We are delighted and relieved that Alanna, David and Shirley have returned home safely. Our thoughts are now with the family and friends of Ian as we come to terms with his sad death.

“This has been a traumatic time for our loved ones who were kidnapped and for their families and friends here in the UK.”

Kidnapping for ransom is rife in southern Nigeria, where high-profile individuals and their families are a frequent target for criminal gangs.

Victims are usually released after a few days once payment is made.

“We are supporting the families of four British people who were abducted on October 13 in Nigeria, one of whom was tragically killed,” a Foreign Office spokeswoman said in a statement.

“Our staff will continue to do all we can to support the families.

“We are grateful to the Nigerian authorities, and are unable to comment given the ongoing nature of their investigations.”

Nigerian police believed militants who have attacked oil and gas pipelines in the oil-rich Niger delta region were behind the kidnapping.

They said on October 19 that four people had been arrested in connection with the abduction.

Nigerian intelligence sources said the Britons were thought to have been taken to militant camps in the creeks and swamps of the delta.

The four had been providing “free medical care and religious activities” in the Burutu area of Delta state, said Chief Theo Fakama, from the local Enukorowa community.

Fakama said locals were “saddened” by the kidnapping as the group had “brought succour to residents of the community for the past three years”.

“But unfortunately, they didn’t let the authorities know of their presence in the area all this while,” he said.

“There is a militant group that has been operating in the area and we believe they are the ones behind the abduction.”

Last month, an Italian priest based in Nigeria for the last three years was kidnapped by armed gunmen near Benin City, the capital of Edo state. He was released within days.Punch

Nigerian Govt Must Pay N50billion Before We Can Suspend Strike, Says ASUU

Men arraigned for inflicting head cut on another man in Osun