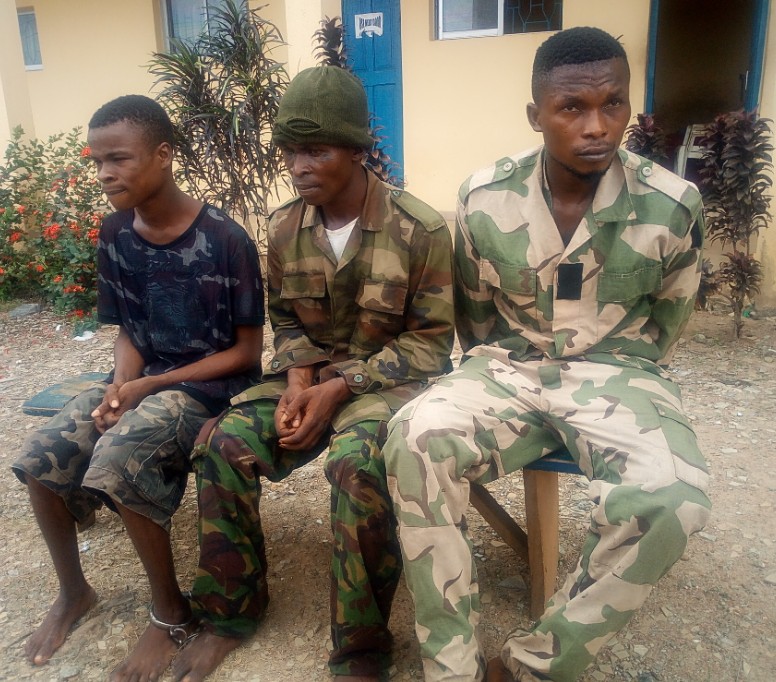 By Olawale Adewale, The Nigerian Voice,Osogbo

Three kidnappers, Henry Omenihu, Paul Chituru and Henry Bright who dressed in army camouflage uniform have been arrested by police in Osun state.

The Commissioner of Police in Osun state, Mr Fimihan Adeoye told The Nigerian Voice that the three suspects were arrested after kidnapping two persons.

The Police boss explained that the suspects kidnapped Mr Kayode Agbeyangi and Mrs Oyeyemi Obafemi along Ilesa/Ibadan expressway on 14th of April, 2018.

He added that the suspects collected the 2million naira ransom at Emuoha, River State before they released their victims.

He added that one AK47 rifle with double magazine fully loaded with ammunitions and four pairs of army camouflage uniforms were recovered from the suspects.

CP Adeoye said the the suspects would be charged to court after the investigation.

Akpabio blames Tinubu, Amaechi for his electoral failure, Says; "God will shame them"