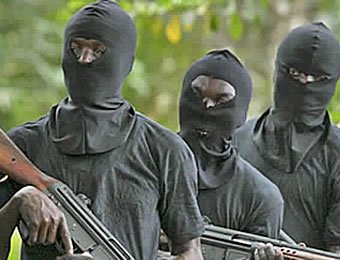 How could a country go from the highest oil income earner in Africa to mushrooming the greatest number of poor people in the world; creating hardcore kidnappers extorting ransoms beyond states? This is beyond the obvious laboratory experiment where as the number of mice in pen multiply, they intensified aggression without enough space, food or water. Extrapolating to man, we see some of the people’s (mice) aggression spreading beyond their enclaves (pen).

Look, Nigerians have been known for soft crimes like 419 outside the country for some time by British and American Police profiles; but not hard crimes. When a Nigerian was pointed out as a suicide underwear bomber, we were surprised because we were not known for self-destructive crimes. Soft crimes has become ancient history. Even African neighbors are now typecasting Nigerians as infecting their countries with crimes that were un-African just a few years ago.

Since we have some blacks that have no affiliation with Nigeria claiming to be Nigerians. If they know who to bribe, they can obtain Nigerian passports like Mike Wallace of 60 Minutes. Mind you, we are not shifting responsibility here, we also have to let you know that we have enough criminals within us that pledge allegiance to other countries but soil the reputation of our country to achieve their operations as looters, pen and armed robbing desperados.

There is no country in the world without their own share of criminals, so has Nigeria and so has African countries. The difference here are that some miscreant dogs are roaming and spreading rabies into many states and countries in the name of Nigeria. Many of them have been flushed out of their cities and villages for acts of abomination. In desperation, plead for accommodation and tolerance in and outside their places, while they invade and violate local customs.

There are two types of these criminals at home that have lost their conscience. The first group are members of hard drug pushers, kidnappers and ritualists. Most of their money, families and properties are in foreign countries. In essence, they have renounced their allegiance, citizenship with foreign passports to nurture their way of live, deadly operation but educate their children at expensive schools. When visiting Nigeria, they spend ostentatiously as if they are legitimate.

The second types are pen robbers made up of politicians and members of 419 clubs. It used to be what Nigerians were known for. They sponsor other leaders to get cuts from inflated foreign and big local contracts for their immediate families; creating poor masses. They stage elections terror since they lack local allegiance and care very little for the demise of Nigeria. Depending on their crimes outside, foreigners can pinpoint their localities in Nigeria before they confess.

However, when caught red handed during their operations, these disowned vagabonds soil the names of all Nigerians as if they were patriots. They left their country out of greed with enough money to start a business, seeking what they called greener pastures. Only to find out they are jumping from frypan to fire. No reasonable person would leave a country with his rights and privileges only to become undesirable and untouchable outside. When stuck without jobs or means, they take to crimes.

Moreover, some of them justify their crimes as payback for colonialism; which they see as courageous and valiant ways to make money overseas. It is not very often that you see Africans so audacious going outside their states or countries to commit heinous crimes on their accommodating hosts. Africans’ tolerance for one another has been so squeezed and exploited that the homes that were supposed to nurture and point them to cultural pride and morals are proposing death penalty as a deterrent.

Though these criminals bring shame and embarrassment to most law-abiding people in their communities, both criminal groups stage their devilish acts in certain cities against their hosts claiming to be victims of jealousy when caught. The same way they are killing Nigeria, they set out to kill other countries, if allowed. Without achievement as a group to lift up explosive poverty at home, they arrogantly boast to other Africans of some natural gift to rule the world.

Therefore, like many countries that have declined requests to accept deportations of criminals, we denounce and disowned the criminals. It is unfair to those countries or Nigeria to call them Nigerians when the only relationship they have with the country is that of parasitic blemishes. If they commit heinous crimes in your country, deal with them to discourage those of them still looking for their way out. Do not send them back because Nigeria has enough to deal with.

Since the amount on income coming into these Africans countries by exploiting their resource are so meagre, there will never be enough to care for individuals. The notion of Africans or poor countries living on less than American $2.00 a day is a reflection of how much they earn after their money has been devaluated and their raw material bought for little or nothing. Poverty has been intentionally created with little earning to feed and care for increasing population.

We cannot wait until African countries get fair and equal trade to sell finished products in the world trading markets or trade within, as income earned fall short of caring for the poor. We must hastily add that we are not blaming immoral characters on outside influences or the mean spirited economic calculations that benefit most of their so-called shareholders colluding with Western educated crooks within that defraud and perpetrate Economic Injustice on the poor.

Nigeria is a case in point that made considerable money from the oil while the multinational companies paid a fraction in royalties and outright stealing without knowledge of how much was going out or coming in as income. Cocoa companies like Cadbury, Nestle, Hensley and beer beverage companies have sold finished products as exports for ages without contributing any earnings in foreign exchange to the country. Instead of adding foreign income, they depleted it.

Nevertheless, sceptics wonder if the death penalty will deter hardcore criminal gangs in the increasing face of hunger and poverty. During Bar Beech Show Firing Squad for armed robbers, some said they would rather die fast from gunshot volleys than die painfully of hunger.

Another Twist By Boko Haram Insurgents; The End To The Insurgency As Envisaged Is Yet To Be Sighted