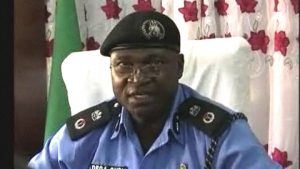 The gunmen who killed a businessman, Theo Mbakwe, and abducted his kid sister on Saturday in Amaigbo, Nwangele Local Government Area of Imo State, have released her.

A family source told our correspondent that the girl, who was abducted after the fleeing gunmen killed her elder brother, was freed after a ransom of N600,000 was paid by her family.

The source revealed that the kidnap victim was immediately hospitalised after her family members picked her from where her abductors dropped her owing to the shock and trauma she suffered seeing her brother murdered in her presence.

The source said, “The young girl has regained her freedom after days in the kidnapers' den. She was freed on Thursday morning. The sum of N600,000 was paid by her elder brother to secure her freedom.

“The girl was immediately hospitalised. She was in a bad state. The shock she suffered seeing her brother murdered in cold blood in her presence and the trauma she went through in the kidnapers' den aggravated her health condition.”

Southern City News had reported that the gunmen had earlier demanded N3m, but settled for N1m after much plea.

A source had said, “The family is running around to raise the money and free the lady. They don't want to lose another member of the household after losing Theo.

“The abducted girl is in pains. The kidnappers gave her a mobile phone to speak to her family members and she kept crying. Her condition is bad.”

It would be recalled that Mbakwe, popularly known as Chiboy, was shot dead in front of his parents' house by the gunmen who abducted the lady from the victim's vehicle on Saturday.

Our correspondent gathered that the deceased was the first son of the late Chief T.C. Mbakwe, the first indigenous paint manufacturer in Nigeria.

The State Commissioner of Police, Dasuki Galadanchi, had told our correspondent on the telephone that the police would come up with a positive result.