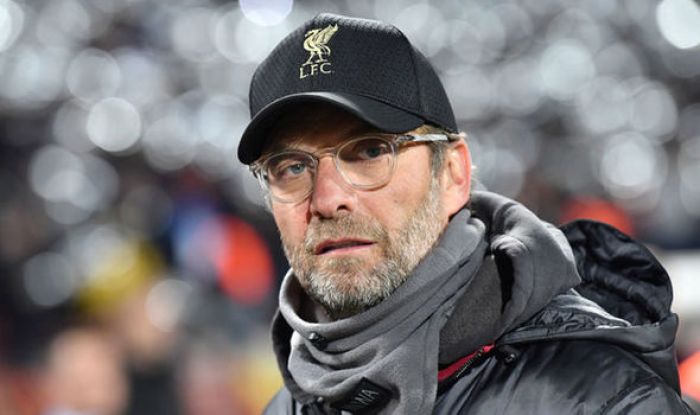 Jurgen Klopp is convinced that Liverpool are a stronger team now than they were a year ago but the next week promises to test that theory to the limit.

Klopp’s side, second in the Premier League, face a trip to seventh-placed Watford on Saturday, followed by a critical Champions League visit to Paris Saint-Germain and a Merseyside derby at home to neighbours Everton.

By the end of that run of fixtures, it will be a little clearer as to whether Liverpool have what it takes to maintain a challenge for domestic and European titles this season.

“There’s absolutely no reason for criticising the boys, they do a really good job,” said Liverpool manager Klopp.

Back in September, former Manchester United and England defender Gary Neville, now a television pundit, suggested Klopp’s team would not be able to juggle European and domestic demands, and should, therefore, treat the Champions League lightly.

Liverpool’s manager responded waspishly, suggesting that managing a club was significantly different from “sitting in an office and talking about football”.

However proving Neville wrong is something of a struggle for Klopp at present, with the club’s Champions League progress plunged into doubt by away defeats against Napoli and Red Star Belgrade in the group stage.

Defeat in Paris on Wednesday would leave Liverpool — Champions League finalists in May — in grave danger of going out, although a victory would see them through to the knockout stages with a game to spare. Squad depth

Liverpool’s squad looks stronger than it did last season, and they have eight more Premier League points than at this stage of the campaign 12 months ago. But few would claim they are playing as fluently as they did in their best periods in 2017-18.

Roberto Firmino is not performing as well as he did last season and the midfield has so far been inconsistent, not helped by the summer loss of Emre Can to Juventus and the delays in adjusting to English football experienced by new signings Fabinho and Naby Keita.

Liverpool are also missing the creativity of Philippe Coutinho, sold to Barcelona in January, as well as Alex Oxlade-Chamberlain, who is recovering from a long-term knee injury.

Bedding down a consistent midfield is will be crucial to Liverpool maintain a European challenge — the trio of James Milner, Georginio Wijnaldum and Adam Lallana were found wanting in the defeat to Red Star so the return of Jordan Henderson from a hamstring injury has come at a good time for Klopp.

At the back meanwhile, Virgil van Dijk and Joe Gomez have formed a fine understanding in front of goalkeeper Alisson Becker.

“We can improve — we have to and we will,” said Klopp. “We have to win football games. That’s how it is and that’s what we’ve done already.

“It’s all good, I like the season. There has been a lot of improvement so far and there is still space for further improvement. But a very intense period is coming up now.”

Hayne, Hurrell back to help Titans

Mbappe ScoresTwice On His First Match After The World Cup