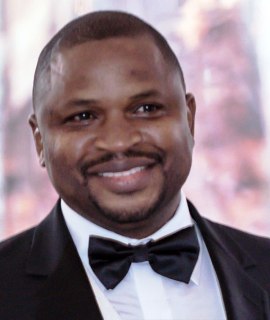 The author of “Glocal English: The Changing Face and Forms of Nigerian English,” Farouk Kperogi apparently overrates himself. He can lecture us on how not to abuse the English language with interference from our mother tongues. It is however wise that he draws the line at some point by not posing as a pseudo military analyst-cum strategist. Kperogi would be aided in making this right decision if he reminds himself that he is at best an exile, whose sense of relativity is warped by time, distance and sojourn in a foreign land.

This distorted perception is evident in his piece, “The Myth of Buharia��s Boko Haram Successa�?, in which he made it amply clear that he is as much part of the problem while posing as the solution. His account and narrative of events is calculated to boost the morale of Boko Haram terrorist and practically stopped short of exhorting them to lie low and resurge once the tenure of the present administration is over.

It is also most unfortunate that Kperogi is attempting to re-write and pervert history in the lifetime of the dramatis personae by tendering accounts that suit his desired mischief. Only such dark intentions would make him embark on revisionism by claiming that the Nigerian military still operated on a business as usual basis under the current leadership. He wrote that “fat cats in the military still exploit and feed fat on the misery of the foot soldiers” without being able to provide specifics so that Nigerians would know who to hold responsible for any failings that results from this alleged corruption. A genuine clamor for improvement in the situation, if truly needed, would have made it a point of duty to be brave in naming the “fat cats” and not trivialize a point as profound as corruption in the military with ambiguous generalization.

There is no point dwelling at length on Kperogi’s obsession with President Muhammadu Buhari a�� it is up to him to recognize and accept that he needs therapy to overcome this particular crisis. He must however desist from luring others into the obsession that has become his nightmare. His claim that the president failed to symbolically impress with visits to the frontlines and IDPs’ camps somehow gave an indication as to what hands are jerking his marionette.

It takes a supreme level of compromise to compare the present and immediate past administration in terms of the effectiveness with which the Boko Haram menace was (or is being) addressed. Under the Goodluck Jonathan era that Kperogi now idolizes, the terrorists would have by now been taking swims in the Atlantic Ocean considering the rate at which they were moving southwards. Perhaps the proceeds of Dasukigate procured some flight tickets and paid some bills to warrant a loss of perspective on the alarming scale displayed in the piece.

It must take such inducement to aver that that the degradation of Boko Haram has nothing to do with President Buhari’s anti-terror moves. In making this false claim, the writer backed his assertion up with fallacies.

First, he claimed that our gallant troops “have never wavered in their bravery and persistence in spite of their prevailing untoward conditions” in spite of the president. One can only wonder if Kperogi was having his Trump moment at the time when these very persons took flight before terrorists because poor leadership. The inspiring leadership of the military chiefs that President Buhari appointed boosted morale to a point that the prediction of people like this writer amounted to naught. Boko Haram has been routed and sufficiently so.

He also claimed that “Boko Haram has been weakened by an enervatingly bitter and sanguinary internal schism”. If Kperogi would be honest to himself for a single heartbeat then he will acknowledge that Boko Haram has never been monolithic but rather a band of multiple commands. None of these factions were however bold enough to challenge the Abaubakar Shekau leadership. It took the sever degradation of the sect by the Nigerian military for the Abu Musab al-Barnawi, relying on ISIS that was at its zenith then, to challenge Shekau and declare his faction.

The third claim by Kperogi bothers on irresponsible if not out rightly so. Only an intent to trigger ethno-religious strife could have made him claim that Boko Haram softened its attacks or allowed itself to defeated by the military because a Muslim with part-Kanuri ancestry is at the helms of affairs. In making this claim, Kperogi is no better than his acclaimed Stone Age friend with a PhD. At a time that even the illiterates are resolute on exploring factors that unite as opposed to those that divide us, someone with the international exposure claimed by Kperogi should not be rehashing the kind of hatred infused claims he made about ethno-religious loyalties, except of course that is what his sojourn in the United States has taught him.

With these points made, I will like to put Farouk Kperogi on notice that those of us that are “not fortunate” to have fled to other climes still have no other country to call home. We will appreciate that he does not give tacit support to terrorists whether out of ignorance, worldly inducement or a desire to be seen as belonging to the band of politically correct activists. He has been in the United States of America for long and probably no longer knows what the truth is and he is unaware that anyone who still doubts the defeat of Boko Haram certainly does not believe in this country.

Kperogi is welcome to correct my grammar and syntax but he definitely knows nothing about the realities of Nigeria to deliver a military thesis on whether Boko Haram has been defeated or not. He must therefore stay within his own depth because if he encourages Boko Haram to regroup, he would stay in relative safety in the US while leave I and millions of others to bear the brunt.

Agbese sent in this piece from Abuja.

If you must buy a baboon don't buy the one with a 10% discount. PCD

82 Out Of 180 Days Have Been Wasted On Frivolities, Irrelevancies & Delayed Tactics By The Presidential Election Tribunal With Less Than 98 Days Remaining

8 thoughts on “Kperogi: Too Far Away from Truth”