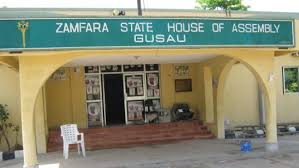 In 1883, Otto Von Bismarck who later became the Chancellor of Germany was up in arms against the Marxists who were gaining ground in the country on a daily basis. In a single master stroke, he proposed to the Reichstag (Parliament) that anyone over the age of sixty-five should be made to retire with a pension for life. Click here to find UK pension transfer to USA rules.

This made him extremely popular and outwitted his opponents for political power. In 1889, the policy was implemented and most countries in the world have adopted a pension plan for the aged though the age varies from nation to nation. Nigeria is no exception as civil servants get pensionable either at the age of sixty or when they have spent thirty-five years in service.

In 2007, something ridiculous happened and it started with Lagos State when Bola Ahmed Tinubu was leaving office. The State House of Assembly passed a pensions law for erstwhile governors and their deputies. According to the terms of this law, the governor is entitled to thirty million naira annually, a house in Lagos and Abuja, six brand new cars every three years, medical allowances in any part of the world and other juicy allowances. In Edo state, the law started after the expiration of the term of the ‘Comrade Governor’, Adams Aliyu Oshiomhole. The state house of assembly made him get entitled to a house in any location of his choice to the tune of two hundred million naira while his deputy got one hundred million, pension for life at one hundred percent of his last salary, three brand new cars after five years, drivers, domestic members of staff, medical bills for them and their immediate families amongst many others. States like Gombe, Akwaibom after the expiration of the term of Senator Godswill Akpabio, Rivers, Sokoto, Kano, Kwara and Zamfara hurriedly followed suit.

This is coming at a time when most of these states can hardly pay the paltry 18,000 naira monthly minimum wage with excuses of not being able to pay the new 30,000 minimum wage. It is in this same country that pensioners who invested their blood, sweat and toil for the advancement of the country die in queues because they can hardly access their pension. How cruel and tragic on the part of these rulers who masquerade as leaders and democrats!

We commend the Zamfara State House of Assembly for abolishing the law required to have a pension plan for the former governors and their deputies.

Sources say that a leaked memo from the former governor Abdulaziz Yari leaked to the press where he expressed his anger at not being paid his ten million naira monthly allowance. It was revealed by the house leader, Faruk Dosara that on an annual basis, the former governor and deputy took home a whopping 700 million naira and the lean purse of one of the poorest states in the country could no longer accommodate the huge wage bill.

Some supporters of Yari contend that it was the current governor, Bello Matawalle who instigated the state lawmakers so as to throw himself of the yoke of Yari. Whether or not that is true, it doesn’t really matter here. We commend the lawmakers for choosing the noble path of altruism in freeing the state of the grip of avarice and mindless greed.

Governors whether they are in office for four or eight years come out as billionaires as they are multiple ways to make money within the system. They have security votes which are undisclosed to members of the public, they have the power to award contracts, they have estacodes for their frequent trips outside the state, fat salaries, free accommodation and feeding amongst many other perks of office. Why then do they still want a gargantuan pension after service of just four or eight years as the case may be?

Their greed and wickedness stinks to the High Heavens. They don’t give a damn that honest and hardworking civil servants can barely feed or take care of their needs after retirement. It is bad enough that they were paid like monkeys while in service with many suffering salary arrears; it is worse that upon retirement they are turned into mendicants – what a tragic way to spend the twilight of their years?

The cruelty of these past rulers show that the mammon of money can never satisfy any human being and it is necessary at this juncture to critically re-examine our core values and the need to leave lasting legacies as our time on this planet is extremely short as we are all wayfarers in this globe with no one having a permanent home here.

We call on the other state houses of assembly in the aforementioned states to do the needful in being the heroes of the constituencies they were voted in to serve by abolishing this evil law once and for all. The law is repugnant to equity, fairness and good conscience. There is the need to put on the front burner good laws rather than the convenient way of being politically correct.

Once upon a time slavery was okay but today it’s abhorred by all. This shows the triumph of truth and justice over mere political correctness. The state legislators should resist this great evil by taking a side with the people and once and for all send this law to the trash can of history.

The time to act is now!
Tony Ademiluyi writes from Lagos and edits www.africanbard.com