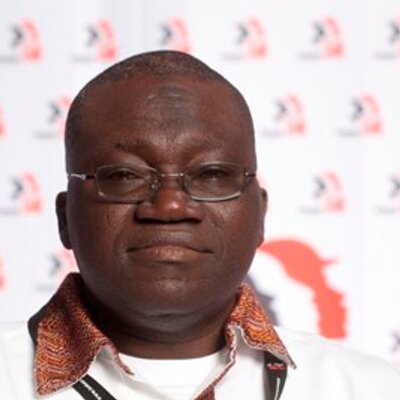 If reports making the rounds are anything to go by, the smile is about to return to the faces of the people of Kwara state. Reason? Over the past several months, the nation’s normally-vibrant political rumour-mill has been buzzing with reports that link Comrade Issa Obalowu Aremu to the 2019 governorship race in the state! This, by all means, must be sweetest piece of political music to the ears of people of the state since the return to democratic rule two decades ago.

If truth be told, victory for Comrade Aremu next February portends hope for the restoration of Kwara state to its harmonious past. To many, Comrade Aremu is the long-awaited game-changer whom Kwarans believe has what it takes to turn round the fortunes of the state. The belief is not out of place! Since 1999, experimentations by the people fell short of expectations but that dissuade the people from hoping and praying for a governor they can truly call their own. The emergence of Comrade Aremu on the horizon may be the indication that their prayers have received divine hearing.

What this means is that the search for the right man to transform Kwara state may have ended. In not treading the bumpy and anger-inducing road that leads nowhere, the only option available to the people of Kwara state is for Comrade Aremu’s party to give him the nod and present him as the candidate of choice next February! In his years in the trenches, Comrade Aremu has proved to be a level-headed individual who is beyond reproach! He comes across as a consensus-builder and one individual who will not improve himself at the expense of the people of the state.

Going by his antecedents, party members should have no problems in endorsing Comrade Aremu. He is a popular and sellable brand who resonates well with the grassroots. Comrade Aremu has the added advantage of having no baggage and will not hold the treasury in trust for some overbearing master. is on the short list of Nigerians who see leadership as a call to serve humanity. What is more, Comrade Aremu belongs to the fast-receding list of honest patriots who, as governor, the generality of the people of Kwara state can truly call their own!

The two-decade long wait has been long but worthwhile. If Comrade Aremu succeeds in his aspiration, Kwara state will benefit from his inimitable experience garnered in the struggle to emancipate the people of Nigeria. If truth be told, Comrade Aremu has excelled and distinguished himself as a labour leader and stands tall among the motley crowd that could be called upon to get the state out of the disharmonious crossroads it now finds itself. Understandably, the enthusiasm generated by Comrade Aremu’s aspiration has been overwhelming.

The enthusiasm is well-grounded. As deputy president of the octopoid Nigeria Labour Congress, NLC, Comrade Aremu has proved, through diligence to assigned roles and duties, that he can be trusted with the task of salvaging Kwara state. In the effort to transform Kwara state, the people could not have wished for a more upright, unstained and credible candidate other than Comrade Aremu as the chief tenant of Government House, Ilorin, from next May!

It is, indeed, time for Kwara state to get it right! And, from all indications, the introduction of direct primaries by the APC party to pick its candidates means the fraudulent arrangement where moneybags highjack the political space and bribe delegates to nominate wrong candidates has come to grief! The outcome of the 2015 general elections has shown that Nigerians can resist being induced and vote for honest and decent people. If anything, 2019 should be time to build on the gains of 2015 by electing decent and honest people who otherwise would have been sidelined by the asphyxiating money politics!

The governorship primaries and subsequent election should also be time for the people of Kwara state to change their popular misconception about politics. Indeed, it was the popular misconception that ‘politics is a dirty game that should be left to dirty people’ that contributed to the mess the state finds itself today. This time around, the State of Harmony has the opportunity to experiment with leaders who appreciate the clear demarcation between state funds and personal bank accounts! In a state that brims with intelligent and incorruptible people in the mould of Comrade Aremu, it will be a tragedy of no mean proportion if the state drops the ball in 2019.

For now, it remains inexpressively painful that, with abundance of straight-thinking sons and daughters of the soil, Kwara state is still struggling to discover itself. If the task is to snatch the famed State of Harmony from the jaws of death and launch her on the path of true development, the way to go for now is to rally round Comrade Aremu and entrust him with running the state’s affairs from next May.

After all, the rain has stopped and, the people should begin to see clearly!

Magaji < [email protected] >is based in Abuja