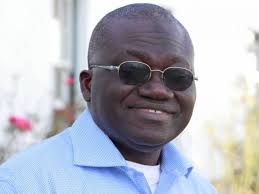 Years of insinuations and murmurings have come to a head and the people of Kwara state are understandably angry. This is for good reason. For close to two decades now, the people have sneered and watched helplessly as their hopes were dashed while promises of redemption willingly made by their smooth-faced leaders remain unfulfilled. The people have watched as governance in the state was reduced to protecting and fuelling the false lifestyle of a privileged few.

The way it is, the people of Kwara state appear to have resolved to end years of bondage by ending years of care-taker political arrangement in the state where elected representatives are happy to pander to the interest of one man! And, the people cannot be blamed for their blind loyalty to one man for so long! Pushed to the brink, angry mobs have occasionally displayed their disapproval by pelting and attacking their alleged oppressors. Last November, an attempt by the people to send a clear warning by voting against the establishment in local council elections was clipped when the state electoral body declared bogus results.

The state has truly come a long way. Today, people now protest regularly in major towns to show their disaffection with the subsisting political arrangement. This was simply unthinkable few months ago when the overbearing presence of well-armed criminals who do the bidding of prominent politicians forced people to clam up. Some imagined or real opponents of the establishment were simply killed, mostly in broad daylight, as a warning to others. Luckier ones went underground or sneaked out of town.

It must be a pleasant surprise to the people of Kwara state that, with less than six months to crucial elections, the brigandage that envelopes the state around election periods has disappeared! The prevailing peace followed a clampdown on cult members, armed robbers and thugs who enjoyed the support and cover of prominent politicians. Now, the battle-line appear to have finally been drawn and, from all indications, the 2019 elections present the electorate a rancour-free opportunity to replace the subsisting asphyxiating political order. The task ahead is to end the prevailing savage reign in the state!

For obvious reasons, there is no better place for the impending revolution to begin than the governorship. By the provisions of the Constitution, the office of governor is the most powerful in a state and how effectively or otherwise a state is run depends on the kind of governor elected to run affairs of the state. As the nail-biting experience in the state over the past two decades has shown, nothing could be more agonizing for a people than to have a timid figurehead as governor!

Conversely, electing a conscientious person as governor means the state stands the chance of its funds being effectively applied. To ardent political observers, Labour Party’s Comrade Isa Obalowu Aremu is one such conscientious personage who could be trusted to work to return Kwara state to its halcyon past. Indeed, admirers of the respected rights and labour leader see a victory for Comrade Aremu at the polls next February as the beginning of genuine restoration of Kwara state to its harmonious past.

In more ways than one, Comrade Aremu may be the long-awaited game-changer who is best suited to take Kwara state out of the woods. The belief is not out of place! Over the past four decades or so, Comrade Aremu has distinguished himself as a level-headed individual with the gift of an inventive mind! Beyond being eagle-eyed, Comrade Aremu is a stickler for details. His background in unionism at the highest level and the skills he picked along the line make him a consensus-builder. He is a shade better than a bridge-builder; in fact, those who enjoy some level of intimacy with him say Comrade Aremu personifies a bridge!

To his credit, Comrade Aremu is one rare independent-minded individual who will not hold the treasury in trust for treasury-hijackers! Tellingly, Comrade Aremu can be trusted to be a governor that the people can truly call their own! If he succeeds in his aspiration, Kwara state will benefit from the inimitable experience garnered in the struggle to emancipate the people of Nigeria. In their desire to get it right, the people could not have wished for a more upright, untainted and credible candidate other than Comrade Aremu to be inaugurated as the next governor!

At the end of the day, it will be another heartrending mistake if, after all the cries of lamentation of the past two decades, the people vote for another lamebrained stooge as governor! The famed State of Harmony cannot afford to experiment with another hapless and helpless, unquestioning caretaker governor who will watch as the treasury of the state is operated as the private bank account of some imperious godfather! It will be another disaster if, next February, the people of Kwara state still elect to identify with the source of their agony.

The race to snatch Kwara state from the jaws of death is crucial. Sadly, and for some untenable reasons, a select and self-centred few have consistently decided which horse runs the race. For explicable reasons, though, only cart and carriage horses have been fielded for a crucial race that is best suited for race horses. The 2019 election should be seen for what it is: a crucial race for which a race horse must be fielded!

Let’s get this right! Kwara state cannot continue to be the butt of harsh and derisive jokes. Indeed, it is time to end years of lamentation and gnashing of teeth! And, the right way to go is for Kwara state to call out one of its best hands for the tough job at hand!

Comrade Isa Aremu is one of the best hands!
Magaji < [email protected] >is based in Abuja

Umuna, his support for Boko Haram and the sanity of others

Dear Sultan, it is not Islamic Youth Service Corps