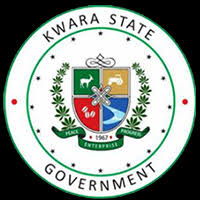 The long-suffering people of Kwara state had every reason to be jubilant. For most part of the day, car horns blared endlessly as gaily dressed people trooped out to dance in the streets in Ilorin, the state capital and many towns in the state. Not even an early morning heavy downpour threatened the carnival atmosphere that gripped Kwara state.

Day was May 29, the day His Excellency, Alhaji Abdulrahman Abdulrazaq, the first unencumbered governor of Kwara state, was inaugurated. Even those who still thought they were in dreamland soon realized this was for real: the rampaging dynasty they served for 20 years with virtually nothing to show for their loyalty has finally crumbled! Finally, tomorrow is here with its promise and hope of salvation. Good news is that there is light at the end of the pitch-black tunnel on which the people can now set their sights!

At last, a brand new Kwara where the word of one man will not be law has been birthed. With only pain and anguish to show for their loyalty, the least the people of the state can expect and, what has been promised them by the new governor, is quality governance, a commodity denied the people for so long. from all indications, the electorate in Kwara state did not make a wrong choice this time around.

After dismantling the anger-inducing political arrangement in the state, the people of Kwara state have signalled that they seek an end to their enslavement to politicians whose sole aim in government is anything but noble. Thankfully, things have changed and another stooge has not taken over as governor. Unlike the past, resources meant for the development of the state will no longer be used to fuel the false lifestyle of an imperious few and their hangers-on, a situation that immiserized the majority and alienated them from their leaders.

The people of Kwara state have good cause to be angry with their past leaders. For close to two decades now, the people sneered, murmured and insinuated as their hopes were dashed. They watched helplessly while promises of redemption willingly made by their smooth-tongued oppressors remain unfulfilled. For too long, the people watched as governance in the state was reduced to fuelling and promoting the false lifestyle of a privileged few. They also have good cause to be expectant.

Signs of the new turn of affairs emerged weeks before the March, 2019, general elections. For the first time since the return to participatory democracy in 1999, people marched in major towns to show their disaffection with the way their leaders ran affairs of the state. This was simply unimaginable few years back when the overbearing presence of red-eyed thugs who do the bidding of prominent politicians forced people to clam up. In those better-forgotten days, imagined and real opponents of the establishment were simply killed, mostly in broad daylight while others took the cue and went underground or simply sneaked out of town.

It was, indeed, a pleasant surprise for the people of Kwara state that the brigandage that enveloped the state around election periods disappeared overnight. Credit for the prevailing peace must go to security agents who clamped down on cult members, armed robbers and thugs who operated with the support of prominent politicians. As to be expected, the March 2019 elections presented the electorate a rancour-free opportunity to replace the subsisting asphyxiating political order. The result has been the end to the savagery that pervaded the state!

It is a new dawn and what the state needs and, thankfully, what it has got, is an independent-minded individual who will not hold down the cow for a few to milk! There is no gainsaying the fact that Governor Abdulrazaq faces an uphill task. His victory has restored hope of salvation among a people who had virtually thrown up their arms in utter despair. It is time for well-meaning people to rally round the new administration and join in the search for a rejuvenated Kwara state. In a state overflowing with intelligent, far-sighted and devout individuals, Governor Abdulrazaq should have no problem in drafting the right calibre of people to get the state out of the woods.

Honestly, the years of puppetry that turned the people of Kwara state into a vulnerable, unquestioning and submissive lot and which is also responsible for turning the state into the butt of derisive jokes must stop! What the state needs now is a foresighted government, not another surrogate or caretaker government that holds power in trust for plunderers! The State of Harmony can no longer accommodate leaders who do not appreciate the demarcation between state funds and personal wealth!

The collective dream of a rejuvenated Kwara state, devoid of any manipulative tendencies, is realistic. But, first, there must be a sustained and deliberate attempt to support the new tenant at Government House, Ilorin. By electing Governor Abdulrazaq, the people have left nothing to chance in their desire to entrust the future of Kwara state to honest men and women whose sole aim should be to improve the state.

To restore the famed State of Harmony to its true state of harmony is a task that must be done. And, if there is sincerity in the task, there is a lot to gain in rallying round the new administration.

Magaji [email protected] > is based in Abuja

9 thoughts on “Kwara: Now that tomorrow is here!”