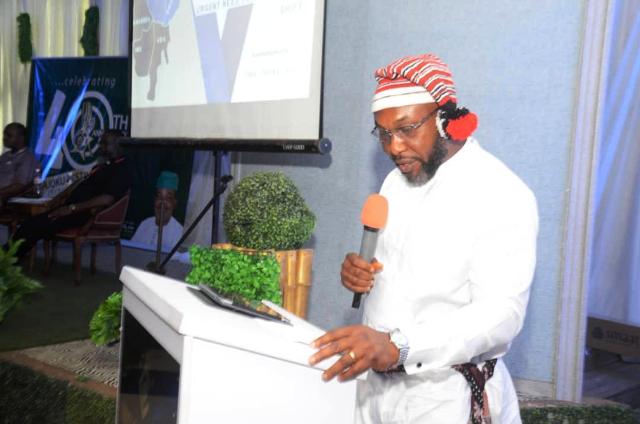 He said Igbo’s are very successful people and have made serious breakthrough in the world, but regretted that Igbo land has continued to experience economic setback.

Chidoka spoke at the 2019 Ahiajoku Lecture series in Imo state, where he was the guest speaker.

He called for a paradigm shift and radical approach in addressing the problems in the South-East region “we must begin to think of how we can collectively build a strong region.

“We have been left behind, while our dreams have gone very low as to be compared with our past leaders whose dreams were very high.

Chidoka said the Igbo region needed to grow in capacity to be able to absorb candidates from the region who were denied admission due to quota system in the country.

The former minister said bad governance was also responsible for the weak economy in South-East states. “Our traditional rulers and other stakeholders are not bracing up to their responsibilities.

“We must rebuild our civil society groups and make them very strong because they are the people to hold government accountable to their actions, but today, institutions are very weak and the region continues to be weak”, he said.

He said there must be leadership recruitment strategy in governance and collective responsibility. “If you fail to engage leaders in your state and make them take responsibility to their decisions, they will fail”, he said.

“Igbo’s have the heist economic mobility in Nigeria and they are the most society inclusive people; they must not copy any dead model.

Chidoka also described political tribalism as the greatest problem, but warned that it has no place in the 21st century and modern day democracy.

He said most leaders fail due to tribal sentiment. “Today is the age of diversity, we need to be connected to the world, we don’t need the infrastructure of yesterday”, he said.

He said Imo state had a great setback in the last administration of former Gov. Rochas Okorocha, adding that Gov. Ihedioha’s leadership experience will correct all the anomalies in the state.