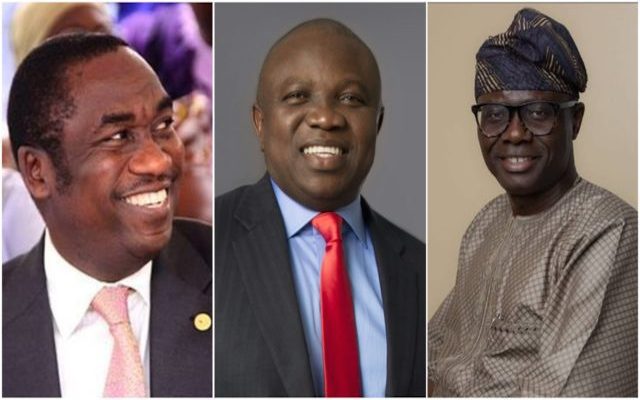 A governorship aspirant on the platform of the All Progressives Congress in Lagos, Dr. Femi Hamzat, has withdrawn from the race.

Hamzat, spoke in a press conference in Lagos on Saturday 29th September 2018, said he took the decision to support the ambition of another aspirant, Mr. Babajide Sanwo-Olu.

He also directed his supporters to cast their votes for Sanwo-Olu during the party’s primary tomorrow. According to him, he can vouch for Sanwo-Olu’s integrity and personal intelligence.

Sanwo-Olu was also at the event.