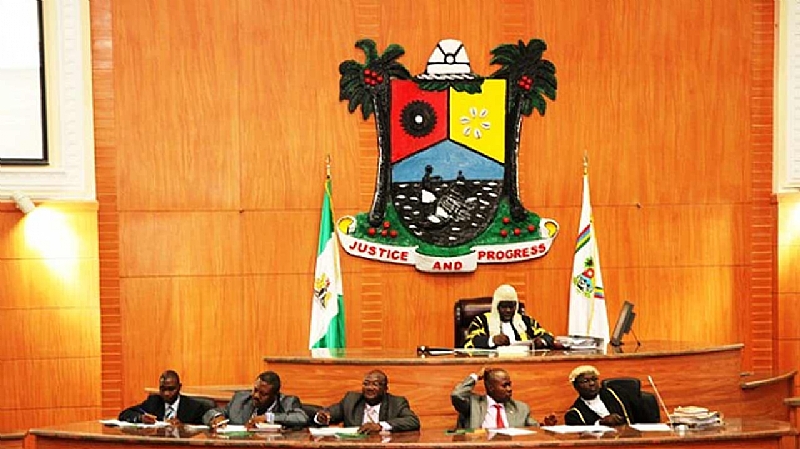 The Lagos State House of Assembly, on Thursday, accepted the bill seeking creation of the South West Security outfit, Amotekun.

The House also fixed a public hearing on the creation for Monday February 24, 2020, a similar decision the Ogun Assembly took at plenary.

Speaker of the House, Mudashiru Obasa, committed the bill to the House Committee on Information, Publicity, Security and Strategy, headed by Tunde Braimoh.

Earlier, Clerk of the House, Azeez Sanni, read out a letter from the Commissioner for Justice, Moyosore Onigbanjo, on Wednesday, on the amendment of the Lagos State Neighbourhood Safety Corps (LNSC) to include Amotekun.

Majority Leader, Sanai Agunbiade (Ikorodu 1) explained that new bill was meant to energise and strengthen security in Lagos based on the challenges in the South West.

“It tries to create a unit out of the LNSC to be referred to as Amotekun Corps to take charge of security in certain areas such as in the forest, highway and other places to protect us against hoodlums, cattle rustling and others.

“It will have a commander and Amotekun corps would bear arms with the permission of the police. They will cooperate with other security platforms in Ondo, Oyo, Ogun, Ekiti and Osun states,” he said.

Oluyinka Ogundimu (Agege 2) stated that the bill covers wider areas and made internal security a priority.

The lawmaker called for inclusion of people with native intelligence in Amotekun and that whoever would be appointed as Head of the Amotekun unit to be carved out of LSNC should be approved by the House.

Rotimi Olowo (Shomolu 1) said Amotekun started in Lagos with LNSC establishment and lamented that Nigeria Police lacked character as their structure has not helped to suppress crime.

“Security should be localized. The issue of kidnapping and others give credence to the need for community police.

“They (Amotekun operatives) should be allowed to use guns. They can reduce armed robbery attack, kidnapping and others. We should allow more money into the system.

“The recruitment of Amotekun should be localized. They should work in their neighbourhood so that they could apprehend criminals in their areas”, Olowo advised.

Tunde Braimoh (Kosofe 2) stressed that what the people of the South West wanted is security.

“People keep talking about Amotekun because that is what they want now”, he said.

“Amotekun emanated from the House with the LNSC, which has now transformed to Amotekun. Section 14 (2B) of the Nigerian Constitution of 1999 emphasizes security.”