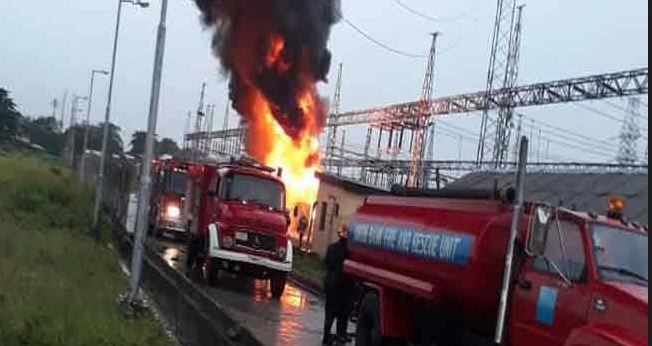 Many parts of Lagos will experience a blackout as a 66MVA 132/33kV power transformer at the Alagbon Transmission Sub-station in Ikoyi exploded and caught fire in the early morning hours of Thursday, THISDAY reports.

The facility, which belongs to the Transmission Company of Nigeria (TCN), is located in the franchise area of Eko Electricity Distribution Company (EKEDC). The cause of the fire is still unknown but it was gathered that as the firefighters battled to put out the inferno, residents of Ikoyi could see smoke fumes wafting into the air.

It was also learnt that the incident has plunged the whole of Lagos Island up to parts of Epe into darkness. However, the spokesman of Eko DisCo, Mr. Godwin Idemudia, has described the fire incident as a a�?minor one,a�? adding that his company and TCN are working to restore power to the affected areas a�?in a matter of few daysa�?.