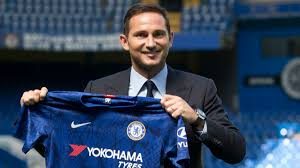 Frank Lampard is back and the good vibes are plentiful. But now preseason training camp is underway over in Dublin as well, and that means it’s time for the real work and the actual football.

Question is how will Chelsea look and play under Lampard?

With just one year in football management, Lampard’s philosophy has yet to be properly established. There is no body of work to truly reference in terms of expectations, habits, preferences. There is just the first year, which Ram did a splendid job of breaking down and analyzing in detail.

“What I tried to do last year at Derby, and what we will try to do this season, is have an aggressive team with energy, bravery on the ball and an ability to move the ball quickly. I have huge respect for the teams at the top of the league at this moment in time. I look at Manchester City and Liverpool to see the speed of their game and that is the speed I want to see from my team.

“Work-rate is really important for me and that starts on the training pitch. I realised that even more last season being on this side of the fence. I always focused on myself as a player but now I can watch players more closely and see the real correlation between how you push yourself in training and how you perform at the weekend. That’s a big thing for me.”

Lampard is closely associated with the greatest era in Chelsea Football Club history, but he doesn’t want to just trade on that nostalgia. The football world doesn’t stand still, and neither do football ideas. We cannot simply recreate and re-run. We have to move forward and Lampard is ready to lead that drive himself.

“I know people will ask me a lot about my era and whether I want to set the same standards but what you won’t hear me saying is ‘in my day this’ or ‘we used to do it like that’. We don’t want to be going back in time because the football world is moving on really quickly. I want to be open-minded and moving with it.

“We had a basic standard as a squad in my time here as a player but I won’t be standing there after every game comparing the two teams because we need to be moving forward.”

Of course, a coach’s powers are ultimately limited by his players. Lampard’s own personal dedication and drive was legendary. He’s hoping to instill some of those same qualities in his players now.

“Chelsea is a club that has huge standards and ethics which we’ll try to put into the players but they have to own that as well. We can set the tone but they have to go out and compete against a lot of fantastic teams out there in the Premier League.

“I want to be close to the players. I want to drive them but I want them to feel like they can always talk to me.

“We will respect the players but we also expect them to behave like professionals. We’ll give them everything from a sports science, nutrition and medical point of view because we need to get those extra percentages but to get a top performance the players need to live right, train as hard as they can and rest as well as they can.”

BREAKING: NFF Shuts Down All Football Activities For Four Weeks

10 thoughts on “Lampard lays out his vision, says he expects speed, work-rate and professionalism from his Chelsea squad”