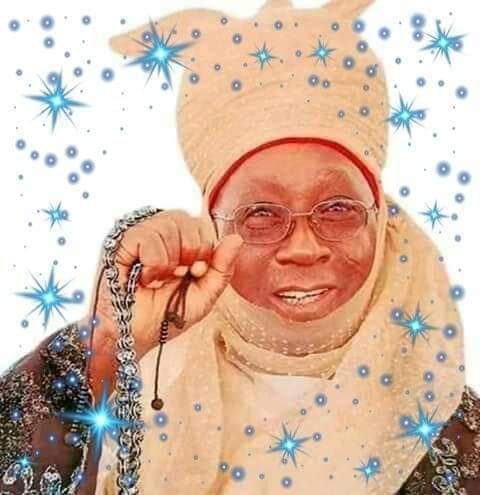 Emir of Keffi, HRH, Dr. Shehu Chindo Yamusa III who is also the Deputy Chairman, Nasarawa State Council of Emirs and Chiefs led other emirs, chiefs and traditional title holders at the emirs palace during the third and seventh days funeral prayers in Nasarawa receiving sympathisers and august visitors from far and near.

The Emir of Keffi who was represented by the Osu Ajiri of Udege Mbeki, HRH, Alhaji Halilu Bala Usman, a one time Deputy Governor of Plateau State was full of acknowledgement and appreciation of the visitors and sympathisers while praying for the repose of the gentle soul of the late Emir of Nasarawa, Alhaji Hassan Ahmed II, mni.

He appreciated the support, concern and love showered on the late emir while describing him as a man of his words, simplicity, generous, loving, humble and kind who always wanted to see his people live in peace, developed and progress.

The Deputy Chairman of the Council of Emirs and Chiefs of Nasarawa further recognized the emirate's established relationship existing between other emirates and chiefdoms across the country like Gombe, Yobe, Borno, Wase, Jos. Daura, Katsina, Minna, Bida, Ilorin, Kano, Zaria, Sokoto, Benin, Rivers, Ibadan, Lagos, Benue and many others numerous to mention, urged the relationship to be maintained as an everlasting history for the future generation.

He further appealed to the people to be prayerful and continue to pray for the departed soul and ourselves, for Allah's mercies and blessings.

The royal father thanked all those that paid condolence visits and prayed for the repose of the soul of the late emir who was a lover of all while advising that whoever that will succeed the late emir should also be kind, generous, humble, simple, sincere, honest and be a good leader by carrying all along on board without any sentiment or bias irrespective of ethnicity, origin, religion, political affiliation and economic status.

He said, “hence we are all human beings we shall all pass through the same path the late emir passed to eternity and we shall held be responsible and accountable to all that we may have done when alive before God Almighty on the Last of Judgement.

While the Chief Imam of Nasarawa, Sheikh Aliyu Abdullahi supported by other prominent Imams and Islamic Scholars, administered the funeral prayers for the late emir.

Special prayers and tributes were made about the late Hassan Ahmed II by the Imams, Islamic Scholars and other well wishers

The Chief Imam urged the people to continue to be prayerful for the late emir, his family, town, state and country at large, for peace, progress and development generally.

He prayed Allah to grant him Paradise and forgive all his sins while reiterating that may his final abode be jannatul firdausi and also God to give his families, relations, friends, associates and well wishers the fortitude to bear the irreparable loss.

Sheikh Aliyu further prayed for the King makers to successfully and peacefully nominate a suitable candidate among all the contending aspirants including the serving Minister of State for Environment, Alhaji Jibrin Usman.

Alhaji Idris Loko then invited the Chief Imam of Nasarawa, Sheikh Aliyu Abdullahi to open the congregational special 7 day funeral prayers for the late emir which was followed by other prayers from other Imams.

He also urged lovers and well wishers of the late emir to join his families, relations, friends, associates and others in frequent prayers for the repose of the soul of the deceased and God's forgiveness while calling on every one to continue to relate with the emir's palace even as the deceased is no more.

Although it was observed that during the demise of the past Emir of Nasarawa, HRH, Alhaji Abubakar Ramalan who was enthroning the throne as a retired seasoned civil servant and former Pioneer Permanent Secretary, Federal Capital Development Authority (FCDA) could not take much time to be nominated and announced.

It only took three days for the late emir, Hassan Ahmed II to succeed him and to be announced by the then State Governor of Nasarawa State who us now a serving Senator, Alhaji Abdullahi Adamu.

But this time around, the successor of the throne uptil weekend, was yet to be announced or nominated by the Nasarawa State Emirate Council King Makers for executive endorsement by Governor Umaru Al Makura as the constitution of the federal republic of Nigeria provides.

Investigation revealed that this may not be unconnected with the large number of interested aspirants for the exalted throne which is once in a life time for any successor.

Similarly, the family of the past Emir of Nasarawa, HRH, Alhaji Jibrin Mairiga were also not left behind the scene or scheme of things as findings shown that the eldest son from the family still nurse the wound of inheritance which was denied the family decades ago just like that of the late Shehu of Borno, HRH, Alhaji Garbai Ibn Umar El Kanemi whose eldest son now succeeds him in the throne as the 17th Shehu of Borno or so.

However, indeces have vividly shown that the path to the Emir of Nasarawa throne was cloudy if not gloomy as many indicators smell doom for some of the contestants as things become tighter by the day without single person being announced.

Although, a lot of fingers and comments were seemingly favourable to the eldest son of the late Emir, Alhaji Hassan Ahmed II who was expected to be more preferable to succeed his father by name, Dr. Abubakar Hassan Ahmed II, a graduate of history and Phd. holder from ABU Zaria.

He had served as Admission Officer and Registrar, Federal Polytechnic Nasarawa , Registrar, University of Abuja before joining Federal University Lafia as Registrar.