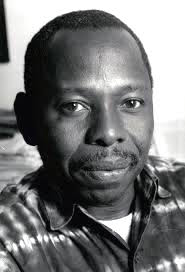 The biggest crime committed against the Ogoni people was the killing of Ken Saro Wiwa and his eight colleagues. Their crime was that they mobilized their people against the exploitation of their land. The tribunal was headed by Justice Ibrahim Auta. Other members of the tribunal were Justice Etowa Eyo Arikpo, Lt Col. Hameed Ibrahim Ali (the incumbent Comptroller General of Customs), while the government prosecutor was Mr Joseph Bodurin Daudu SAN.

It was Chief Emeka Anyaoku, an Igbo man, who as the secretary-general of the commonwealth of nations, that led a protest that made the Commonwealth of Nations to rise to the occasion, and warned Abacha not to carry out his wicked act. Although he later did, the Commonwealth under Anyaoku sanctioned Nigeria.

Today, ask an Ogoni man to show you his enemy, he will point at an Igbo man.

May the spirit of Saro Wiwa, and his eight colleagues hunt you for your foolishness.. An eye opener..

Kenule Saro Wiwa was the champion of that foolishness. A man educated at the famous Government College Umuahia ( Fishers) and University of Nigeria,vNsukka. He led the federal forces against the Biafrans and for his betrayal was made Administrator of South east state. He asked that Igbo properties be declared abandoned properties and be forfeited to them. He personally took over Ojukwu father’s property in Port Harcourt which he occupied at a time with a certain Lt. Sani Abacha his friend and killer. To rub in the humiliation of Igbos whom he hated so much, he wrote ” Toad for Supper” which was a mockery of how they made Igbos suffer so much during the war that they fed on toads and lizards. He encouraged the Ikkwerres to deny their Igboness and assisted Elechi Amadi to invent the corruption of Igbo names by adding “r” and “y” to form jargons like Rumuokoro and Oyibo instead of Umuokoro and Obigbo. This they said is Ikkwerre a distinct language and tribe.

It is important to note that Ken Sarowiwa was not killed by his co travelers for agitating for environmental rights. Environmental rights was one of his pastimes which he used to extort money and exert influence on government and oil companies. He was killed for the murder of five Ogoni chiefs( Chief Fugbara, Kogbara Kobani et al) . These were men who were opposed to his immoral and outlandish lifestyle and actually wanted a more responsible engagement with government and oil companies. He labelled them vultures.

Masterminded and led a mob attack on these men and killed the five of them in a single day. It was a murder trial and environmental issues was not on the charge sheet. He was found guilty, convicted and hanged. His friend and collaborator in arms, now Gen Sani Abacha was the Head of state. It was not in vain that Ojukwu, (may his soul find peace), made effort to see him at Port Harcourt prison before his execution. Of course all effort to save him by the emasculated Igbos had failed. Emeka Anyaoku did his best. God bless him. Ojukwu visited him and greeted him ” Good morning” in broad day light. The Igbo spirit is a forgiving one, the day the Yoruba, Efik, Ibibio, Rivers, Ijaw people will come to terms with the Igbo, that will be when Nigeria will have everlasting peace.

Rehoboam syndrome and the reform Nigerian politicians need to make