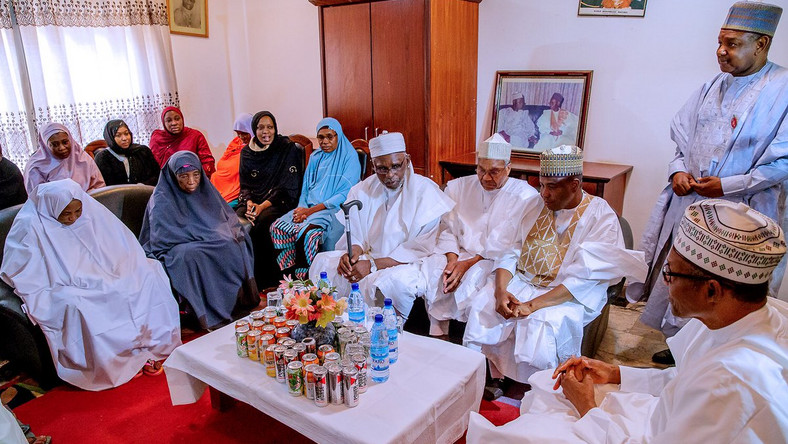 The family of Second Republic President, Shehu Shagari, has revealed that their late patriarch forgave President Muhammadu Buhari for overthrowing him in 1983.

The late President’s eldest son, Alhaji Bala Shagari, said his father had no grudge against Buhari or anyone involved in the coup.

Shagari was President of Nigeria from 1979 to 1983. He was dethroned by a coup d’etat that brought in Muhammadu Buhari to power as military head of state, three months after he was sworn-in for second term.

But, speaking during Buhari’s condolence visit on Sunday in Sokoto State, Bala said their father “pardoned everyone” involved in the coup, News Agency of Nigeria, NAN.

He expressed appreciation to President Buhari over the condolence visit to the family.

Bala, who is the District Head of Shagari town in Sokoto, also said the late president did not leave any will beside the directive that he should be buried at his home town, Shagari.

He disclosed that the directive was strictly observed and implemented as his remains were buried at Shagari town, on Saturday.

Bala acknowledged that the Sultan had offered that the late president should be buried at Hubbare, where Shehu Usman Dan fodio was laid to rest.

“We acknowledged it but late Shagari had told us that he should be buried in Shagari town and even indicated a specific location, so we have to comply with his will,” he added.

According to him, his father had “no grudge against Buhari or anyone” because Shagari told us he had “pardoned everyone.”