Akala is the immediate successor of former Governor Ladoja. He was the deputy governor between 2003 and 2006 after when her principal was sacked, and he later became the governor and remained in office till 2011.  The former police officer is currently facing money-laundering charges since 2011 in High Court Ibadan. Trial is yet to commence because the case has been on interlocutory appeal at the Supreme Court.

The accused person who was the governor of Oyo State is standing trial for corruption trial related to money laundering allegedly committed while in office at Federal High Court. The case has been on interlocutory appeal up to the Supreme Court.

On 28 August 2008, Ladoja was arrested by the Economic and Financial Crimes Commission (EFCC) over allegations of non-remittance of the proceeds of sale of government shares totaling N1.9 billion during his administration.  He was briefly remanded in prison by the Federal High Court in Lagos on 30 August 2008 and granted bail on 5th September in the amount of 100 million naira with two sureties for the same sum.

In March 2009, a former aide testified against him revealing how the money was shared between Ladoja’s family, bodyguard, senior politicians, and lawyers.

Governor of Anambra State is standing trial at the Federal High Court, Lagos with others for corruption related to money laundering allegedly committed while in office.Trial has been delayed by the alleged illness of the 1st defendant, Dr. Nnamani. He was elected Governor of Enugu State of Nigeria and re-elected for a second term in 2003.

The ex- governor of Ogun State is currently standing trial at the High Court Of Ogun State for corruption committed allegedly while in office.

Daniel was arraigned on Monday 16 April 2012 by the EFCC on a 38-count charge, which borders on misappropriation of fund amounting to over N200 million, criminal breach of trust and abuse of office.

Former of Governor of Nassarawa State, alongside Timothy Anjide, a former secretary to the state government, and Dauda Egwa, a former accountant-general, are being prosecuted by the EFCC on a 10-count charge of money laundering and financial crimes.
The accused persons between January 2007 and December 2009 allegedly conspired and fraudulently laundered state funds to the tune of N8 billion, according to the EFCC.
The three suspects are standing trial at the Federal High Court, Lagos.

A former governor of Sokoto State (1999 to 2007) is currently undergoing trial alongside others including his companies for misappropriation and embezzlements of the funds belonging to Sokoto State Government.

As a presidential candidate, while meeting with officials of the US State Department in Washington, D.C., he promised to scrap the Niger Delta Development Commission (NDDC) if elected, describing the commission as “a conduit of corruption and waste. 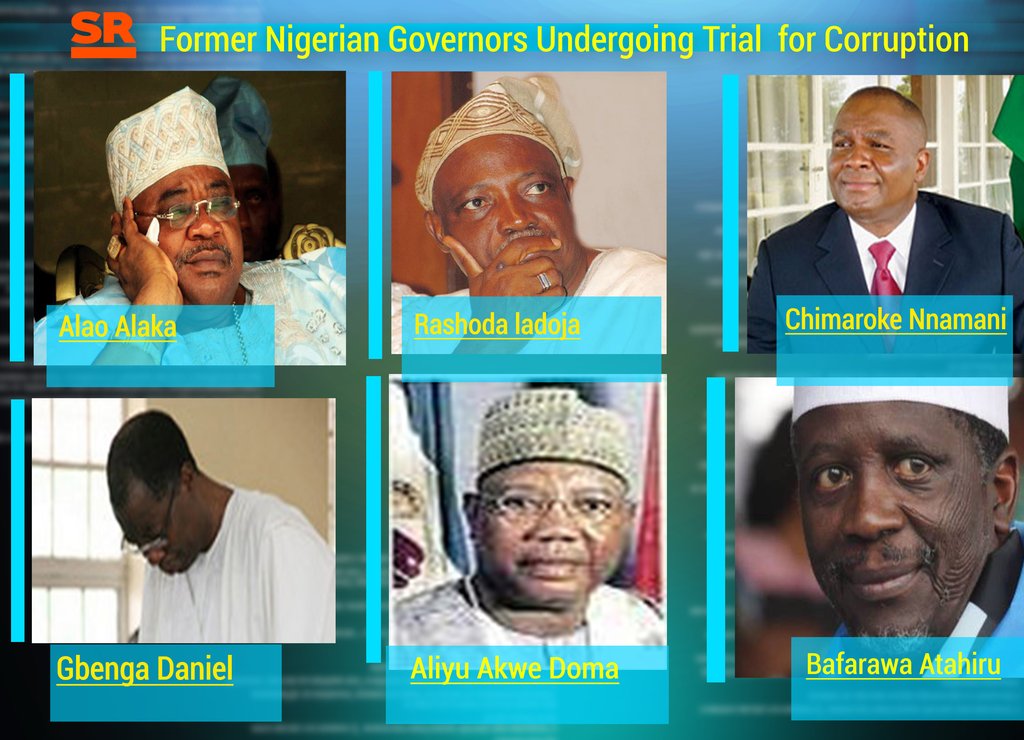