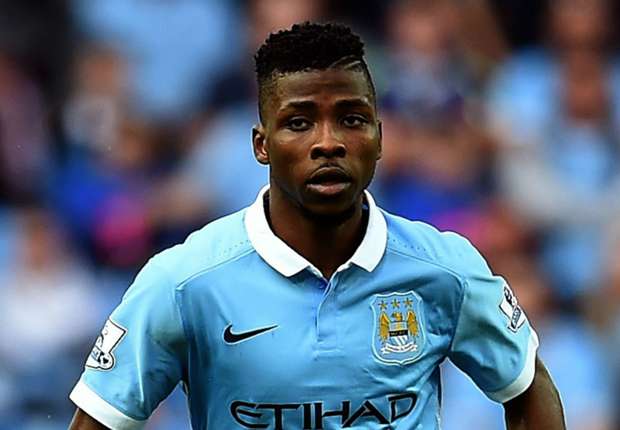 Leicester City Coach, Claude Puel has urged Kelechi Iheanacho to be patient and to replicate his Cup Exploits in the EPL to stand a chance of breaking into the First Team

it will be recalled that Kelechi scored a brace in Leicester City 2-0 win over Fleetwood Town, He has three goals for the Foxes in Cup Competitions but he his still waiting to score his first EPL goal in the Colours of Leicester City.

Iheanacho has only appeared in nine EPL Matches for Leicester after joining from Manchester City in the summer for a fee believed to be around A?25 million.

a�?I think it was fantastic for him and the squad, that he scored two quality goals,a�? Puel told Leicester Mercury.

a�?I was happy with his performance from the beginning of that game. He showed his quality and his use of the ball a�� and he scored two good goals.

a�?It is good for his confidence. It was a good performance and I hope it gives him some consistency and confidence.

a�?It will do him good. It was important he gave a good response and now he has to continue this hard work. Any game time he can score a goal it is a good thing.

a�?I think Kelechi has kept a very positive attitude on the training ground, without a game time and sometimes not being in the squad.

a�?He works hard on the pitch and this is the most important thing for a young player because sometimes he may get frustrated and disappointed.

a�?It is important to always keep a positive attitude and outlook and continue his hard work, especially for a young player because they must be patient to get game time. He is a good example.

a�?Sometimes it is difficult to give all the game time to some of the players because, for example, we have six strikers in his position.

a�?Without a good balance in the squad, it is difficult to manage all these players and continue to improve them.

a�?It will be important in this transfer window to find this good balance and I hope Kelechi will get more game time in the future.a�?

11 thoughts on “Leicester City Coach Wants Iheanacho To be Patient”