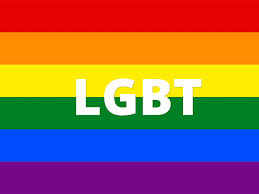 I am an alumnus of the prestigious Kings College Lagos which is the only Federal Government College for boys in the country. I came into contact with homosexuals who were also known as faggots or fags for short.

There was no discrimination of any sort beyond an occasional jibe of a loud scream of fag in a rather friendly manner. All boys’ straight and gay alike played the popular sports of football and cricket and there was a general feeling of camaraderie in the college.

Fast forward to 2004 when Bisi Alimi, Nigeria’s first openly gay man came out on national television – The then New Dawn show produced by Funmi Iyanda that he was gay and spoke of the persecutions that he faced as a result of his sexual minority orientation.

Having left Kings College three years before his coming out, I was rather amazed that one could suffer so much discrimination and suffering because of the reality of being queer. It was an eye opener for me that life in Kings College was far from the reality on ground in Nigeria with regards to this issue.

I was also flabbergasted when the then President of Nigeria authoritatively asserted that there were no gays in Nigeria. I shook my head in utmost pity at his ignorance.

Alimi was later to flee the country in 2007 for his life to the United Kingdom where he blossomed as a gay rights activist and founded the Bisi Alimi foundation that caters to sexual minorities of colour.

He is also a vocal commentator on LGBT issues and has met world leaders in the cause of his advocacy including former US President Barack Obama and erstwhile British Prime Minister David Cameron.

LGBT domain, we’ll attempt to auto-renew your .LGBT domain on its expiration date. In cases where auto-renew fails after the first billing attempt or auto-renew was not enabled at all, we’ll park your , LGBT Domain Registration, a parked domain name will show a temporary web page when entering the domain in a web browser. If the domain isn’t manually renewed within 40 days following expiration, we cancel it and remove it from your account.

It was to my surprise that he held an event in Lagos, Nigeria titled ‘Diversity Pride Night’ on October 29th last month.

It was a closed door event which featured issues of LGBT interest as well as music, dance, poetry, film and story telling. It was funded by the Elton John foundation and had in attendance Deputy High Commissioner, Paul Gambaccini and Martin Prendergast.

In elation, Alimi took to instagram where he wrote: “I am so emotional this morning. Never thought that last night was going to be possible in Lagos and in Nigeria in my lifetime.

We organised a LGBT event and the crowd came out for it, both straight and LGBT, people came out”.

I am surprised that an event of this nature in a largely homophobic country could take place. Even more surprised that he could physically come down to Nigeria where he fled from barely twelve years ago to organize such a rather controversial event.

We also recall that former President Goodluck Ebele Jonathan in an event in the United Kingdom said that he regretted signing the anti-gay bill into law. This was rather surprising as he signed it very close to the 2015 general elections which he famously lost.

We don’t expect the general attitude towards sexual minorities to change overnight in Nigeria because of the dominance of the two major religions – Christianity and Islam which most Nigerians subscribe to which abhors it and our conservative cultural leanings. However we expect a culture of more tolerance for our sexually diverse brothers and sisters. The barbaric attitude of killings, maiming, beating of the LGBT community is highly condemnable. The community locally has never advocated for same sex marriage or any other form of civil partnership. All they are asking for is peaceful coexistence from the majority straight members of the society.

The concept of diversity and inclusiveness is a global concept that can be localized here. The presence of sexual minorities is as old as man and it is wrong to say it is a western import as history shows some same sex relationships that existed in the African continent long before the advent of the colonial masters.

The government should take more responsibility to protect the lives and properties of these minorities as they are no less of citizens simply because of their diversity.

Once upon a time, the concept of single motherhood and divorce was frowned upon. Today is no big deal as our society is getting more permissive.

Will the day come when sexual minorities in Nigeria will live peacefully without the fear of molestation?

Rome was certainly not built in a day.
Tony Ademiluyi writes from Lagos and is the editor of www.africanbard.com

Zamfara: What does Yari want?

Nigeria At 59: A Fortress of Impetuous Banditry and Extra-judicial Killings

7 thoughts on “Lesbian, Gay, Bisexual, and Transgender (LGBT) in Nigeria: Is the narrative changing?”