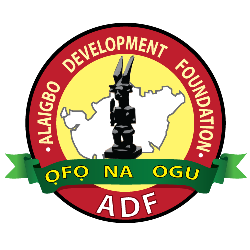 When Chief Bola Ige died, his body was brought to the Liberty Stadium, Ibadan to receive the honour of his people for his consistent role as a dependable Yoruba patriot and nationalist.

When it was his turn to deliver his funeral oration, the former Governor of Ogun State, Victor Olabisi Onabanjo, stood before the casket carrying the body of Chief Ige, pointing his finger at it, he said

From here we shall raise your Spirit to the status of the Angels, and we shall use it to prosecute the Struggle.

It is in the light of this profound declaration that we should understand what transpired at the Durbar Stadium Oyo when Otunba Gani Adams was installed the 15th Aare Ona Kanfo of Yoruba Land by the Alaafin of Oyo, Oba LamidiAdeyemi.

The interest of the Yoruba nation in bestowing this honour on the mortal called Gani Adams is not in Gani Adams as a person. No!

It is in the Symbolism of his spirit now being raised to the status of the Angels and made an instrument of Yoruba struggle for national integration, national cohesion, national unity, national survival and national pre-eminence.

Let us look at the pages of Yoruba history.

Whoever becomes such an instrument in the hands of Yoruba nationalism, does not depend entirely on his past. Every person’s personal history is rugged like the Colorado mountain. But it does contain peaks that are easily identifiable. It is such peaks that matter, not the valleys and caves it contains.

Chief M. K.O Abiola was once denounced (by the Yoruba media) as a sponsor of military coups and therefore anti-democracy. But when the June 12 incident happened, M. K. O’s spirit was quickly raised to the status of the Angels and became a decisive instrument in winning the Obasanjo Presidency.

Obasanjo’s personality was not a hallowed one inYoruba land but once the opportunity came to use the symbolism of his spirit, that was it.

Chief Obafemi Awolowo once wrote to Dr Nnamdi Azikiwe, his one-time political rival and referred to him as “The Sage and Father of the Nation” when he was urging Zik to support him to run as the Presidential Candidate of the UPGA while Zik would remain as the hollowed Father of the Nation.

Today, the symbolism of national sage is that of Chief Awolowoand not Dr Azikiwe, and Awo’s spirit serves as a major unifying force in Yoruba nationalism.

Whatever you may say about Fela’s personal habits, what stands as tall as the highest peak of the Colorado mountain in his life today is that he is the Afro-beat King, nothing more nothing less.

In re-energizing the spirit of Igbo-Yoruba détente, Ndigbo have a lot to learn from our brothers. The cultural philosophy and strategy, the subject of this discourse is eminently one. They too, our Yoruba brothers, have a lot to learn from us, not least is the hospitality shown by M. I. Power –Dr Michael Okpara – while Awo was in his prison in Calabar. Should we add the crusade which Dr Okpara and his NCNC led in solidarity with their Yoruba brothers in those days of their national travail in 1965.

N37 billion  renovation of NASS for whose interest?