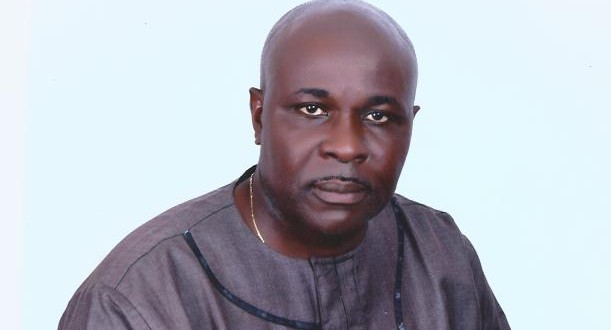 The exit of Robert Gabriel Mugabe from power in Zimbabwe confirms the ageless aphorism that nothing lasts forever. The confusion started on November 14 2017 when tanks rolled towards Zimbabwe’s capital Harare even as the military continued to deny it was a military takeover of power. Mugabe was detained in his home and pressure mounted on him to resign.After some resistance, Mugabe eventually bowed to pressure and resigned, paving the way for the installation of his Deputy Emmerson Mnangagwa, as Zimbabwe’s new president. Mnangagwa, 73, is expected to serve out Mugabe’s tenure which ends next year.

Beyond the current euphoria in some quarters at the exit of Africa’s oldest leader (and second longest serving – behind Teodoro Obiang Nguema Mbasogo of Equatorial Guinea),there are important lessons to be learnt from Mugabe’s long rule and the way he exited:

One, one of the first and most important lessons is that Zimbabwe’s military ‘non-coup’, may set a new trend in African politics through contagion effect. From the 1960s until the 1990s, Africa was a home of military coups (and Zimbabwe was one of the few African countries which did not experience military interregnum). In the wake of the collapse of Communism in 1991 and the push towards the globalization of Western liberal democracy, a ‘third wave’ of democracy’ was ushered in Africa (this actually started with the Constitutional Conference in Benin Republic in 1990). Military coups suddenly became anachronistic – though a few adventurist soldiers still tried their luck in a few countries.However as military coups lost their allure, a new form of ‘coup making’ emerged – constitutional coup making. Since the early 1990s, at least 25 presidents in sub-Saharan Africa initiated moves to stay in office beyond the constitutionally allowed two terms. This phase of coup-making is yet to run its full course or be effectively addressed by African leaders when Zimbabwe introduced a new model of supplanting constituted authorities – using themilitary to trigger processes that will remove a leader it does not want and using a veneer of democratic means to install its preferred candidate in office.What happened in Zimbabwe remains an unconstitutional change of power – even if many people had become tired of seeing an 93 old man who had been ruling his country for over 37 years without showing any sign of letup.

Two, removing Mugabe from power may be easierthan holding Zimbabwe together –as Mugabe did – even if he had occasionally done so brutally, as experiences from countries like Syria, Iraq and Libya have shown. For a start, the military leadersthat removed Mugabe from office were his closefriends and part of his ruling cabal. They therefore were complicit in all the crimes and brutalities that Mugabe was routinely accused of by his traducers. Will Mnangagwa, a 73-year old man, nicknamed ‘Crocodile’ in Zimbabwe, learn to be left-handed in his old age?

It is instructive that the trigger for the coup was not the pursuit of any higher ideal or ideological differences butbecause the personal interests of the military leadership were threatened when Mugabe suddenly sacked Mnangagwa, whom they had positioned to succeed him. It is also instructive that when the tables turned, most of Mugabe’s close allies abandoned him. For instance when a defiant Mugabe decided to hold a cabinet meeting one week after the military non-coup (when pressure was being mounted on him to resign), only five of his ministers and the country’s attorney general attended. The others chose to attend the meeting where his impeachment was being planned. A key lesson for leaders here is that when the push comes to shove, those who push and goad the leader will often be the first to switch camps.

Related to this is the need not to read much into the reported celebrations in Zimbabwe about Mugabe’s exit. The truth is that every change in government, including military takeovers, had always seen people celebrating and hoping for a better future. More often than not however such hopes are betrayed. Will Zimbabwe be one the few exceptions to this?

Three, leaders must be able to reign in their wives- especially those hungry for power and who thrust themselves into the centre of active controversies in the society.The events that led to Mugabe’s downfall did not stem from street protests against his rule but from suspicions among his old allies that he was paving the way for his widely unpopular wife, Grace, 52, who was against them to succeed him. Nicknamed ‘Gucci Grace’ for her life of luxury, she seemed to have no respect for anyone and once reportedly described Mnangagwa, the country’s then Vice President, as a ‘nobody’. She lacked the finesse to manage her ambition to succeed her aged husband.

In Nigeria we have had a few of such First Ladies and they certainly did not help their husbands’ image or standing with Nigerians.

Four, leaders should not overstay their welcome. At the same time, the environment must not be made too hostile for a leader to believe that without political power he would be witch-hunted. With Mugabe, who started as Africa’s greatest reconciler (forgiving the Whites who jailed him for 11 years and even appointing some into his cabinet in 1980s,) he suddenly became a hated figure in the West over his land reforms and seizure of White farmlands. Many analysts have argued that had the West not turned him into a bugaboo and created the impression that he was destined for the International Criminal Court at Hague if he lost power, he probably would have, with the right atmosphere at home, considered quitting earlier, rather than choosing to die in office.

Five, African Union’s stance that military coups are no longer welcome in the continent seems to have deepened. This may partly explain why the military that supplanted Mugabe went out of its way to keep re-assuring that it was not a military coup. In fact, Alpha Conde, chair of the AU and president of Guinea, was emphatic that the AU would “never accept a coup d’état in Zimbabwe.” When however the AU sensed the inevitability of Mugabe’s exit, it got the 15-nation Southern African Development Community to lead the ‘negotiation’ with Mugabe in a bid to give a toga of legality to a clearly illegal military ‘non-coup’. It remains now to be seen whether a new model of coup making has been introduced into the continent.

The 18 November 2017 governorship election in Anambra State has come and gone. The incumbent Governor Willie Obiana has been declared the winner and losers are either silently licking their wounds or plotting their next moves.

While on paper, a total of 37 candidates – the highest in our political history – took part in the election; in reality only five candidates were deemed serious enough to have been invited to take part in the debates.

It will remain debatable why so many candidates chose to put themselves on the ballot paper even when they knew they had no chance in hell of winning. It will also remain debatable why historically we have had low voter turnouts in governorship elections in Anambra state – compared to the national average.

It was no doubt a peaceful election – with a few operational lapses here and there.

But was the election ‘free and fair’? Here we get into the domain of subjectivity where even the meaning of ‘free’ and ‘fair’ will be contentious. What was obvious was that while we may have seen a tightening in the traditional windows for rigging, a new avenue for corrupting the outcome of the process has emerged and had a field day during the election. This is aggressive vote buying on Election Day. All the major parties were equally guilty. Depending on the voter’s bargaining skills, a vote went for N3000-N5000 – plus a plate of rice with meat (one party was said to have upped the game by offering a plate of warm rice with two pieces of meat). Is this economic rationality on the part of voters or stupidity?

Former Vice President of Nigeria, Dr Alex IfeanyichukwuEkwueme is dead. Ekwueme slumped in his Enugu residence, and was taken to the Memfys Neurosurgery Hospital Enugu, where he relapsed and went into a coma. He was eventually flown to London in an air ambulance where he died on Sunday November 19 2017.

A distinguished architect and scholar (with degrees in diverse fields including sociology and Law), Ekwueme was Nigeria’s Vice President from 1979 -1983. Prior to being the Vice President, Ekwueme started an Educational Trust Fund which sponsored the education of several hundred youths to universities in Nigeria and abroad. He was the founding Chairman of the People’s Democratic Party but was unsuccessful in his bid to be the party’s flag bearer in the 1999 presidential election.

Adieu Ide of Oko and Aguata. May his gentle soul rest in peace.

Dear Magu of the EFCC, Can You Finish with the 2016 Files of Babachir and Oke Before You Focus On Corrupt Saraki’s?

Determination Of Post Call-to-bar Years: What Nigerian Lawyers Should Do Now