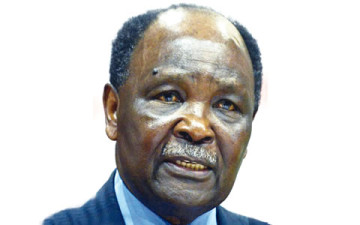 Prologue to the Letter (Full text shall be released later)

In March 2014, a three-day International Colloquium on the Igbo Question in Nigeria, Before, During and After Biafra was organized by a body of Igbo Intellectuals, Elders, Clergy, Patriotic Business men, Public Figures, Women and Youth. The event was conceived in the light of the persistent deliberately organized physical, economic, political, diplomatic and psychological attritions against Ndigbo that have continued since the end of the Biafra war. No, it began even before then; from the colonial period, because Ndigbo (their men and women) incurred the displeasure of the British colonial authorities for their stout an-colonial disposition,

Indeed, the events of 1966 remain the greatest historical burden that continues to distort the IDENTITY AND CHARACTER of NDIGBO and render them easily vulnerable to conspiracy and prone to physical attacks and genocide especially by their Fulani neighbors in the Nigerian Federation. The Coup of January 15, 1966 which unfortunately took the lives of somenotable leaders was falsely nicknamed “AN IGBO COUP”, when indeed it was not.

If no-one else knows the truth, General Yakubu Gowon knows in his heart and conscience that it was not an Igbo coup. Just as he knows that the Coup that removed him from power in 1975, was neither a Hausa Coup nor a Fulani Coup.

Yes, for over FIFTY (50) Years, Ndigbo have been struggling to come to terms with letting the world know the TRUTH of the January 15th 1966 coup in Nigeria as well as the events immediately thereafter for which they not only lost many of the finest and bravest sons of theirs in the Nigerian military, but also lost millions of their people in one of the world’s most gruesome pogroms in history.

After FIFTY (50) Years, the world will agree with us that we must insist on full disclosure of what actually happened – THE TRUTH OF THE EVENTS OF 1966 AND THE NIGERIA-BIAFRA WAR. This is all the more important for Ndigbo because those events remain the greatest historical burden that continues to hunt and distort their identity and character in the minds of their neighbors, nay even the world at large.

Therefore, the Alaigbo Development Foundation (ADF) considered the occasion of the 50th Anniversary of the murder of General Aguiyi Ironsi and several other Igbo officers as the appropriate moment to confront and begin to uncover the TRUTH of the events of 1966 as well as the Biafra War for which Ndigbo have suffered and continue to suffer physical, political, economic and psychological attritions, constantly butchered and alienated, no matter their goodwill since the end of the Biafra war.

Luckily, as we do this, some of the principal actors are still alive and around; we mean those who actually were at the helm of affairs during those DARK DAYS in the history of Ndigbo and their neighbors. Beyond the evidence that now abound in some published and non-published sources on the events of 1966, none could be seen as more authentic than that truthfully volunteered by General Yakubu Gowon, being the man who presided over the affairs of the Federal Republic of Nigeria and prosecuted the war. What is more, General Gowon did organize military tribunal which conducted investigations of the coups of 1966 and events thereafter. It was he who also headed the tribunal set up by General J.T. U. Aguiyi Ironsi as his Chief of Staff. Where is the report of those investigations? Why have they not been released and publicized Ndigbo insists that they be now released,

ADF therefore, began this search in 2016 for the truth of the1966 coups and the civil war of 1966-70 by calling on General Gowonto tell the world the TRUTH, as the man who was entrusted with the classified and suppressed SACRED TRUTHS of that very difficult and turbulent period of our History. As said earlier, he was not only General Ironsi’s nearest and most trusted lieutenant, he was the man who not only replaced him as Head of State, prosecuted the war, and most importantly, conducted a military inquiry into the January 15th, 1966 Coup.

As a follow-up, ADF set up a Committee of highly experienced Researchers and Editors in 2016, and mandated them, in the spirit of scientific inquiry, to conduct research and present to the world an Authentic Account of those events with or without General Gowon’s response. We did this because ADF was aware that those who benefit from the “concoction of an Igbo coup” will advise General Gowon not to open up.

As we correctly suspected, General Gowon has not responded to the letter which we not only addressed to him and delivered it to his office; we also published the letter as an advertorial in a national daily –The Leadership –on August 14, 2016.

Since then, we have witnessed General Gowon traversing the length and breadth of Nigeria as a prayer warrior, and continuing to spread the same slanderous campaign, which amounts to criminality against Ndigbo. He does not care that that big lie has claimed millions of innocent Igbo sons and daughters, and continues to do so as the big lie is sustained and echoed by men like himself.

The other day he was in Bayelsa and Rivers States, reminding them of how he saved them from Igbo domination by creatingthe 12 States in 1967, On the 6th and 7th October this year, we expected General Gowon at Asaba during the 50th Commemoration of the massacre of over 2000 Asaba citizens because they were Igbos. At that event, the world-renowned Nobel laureate Prof Wole Soyinka spoke about Restitution as a vital ingredient in overcoming the historical trauma of the Asaba pogrom under General Gowon’s watch. What do we get from him as a response, beyond slander and lies meant to sustain the distortion of the events of 1966-70 in order to sustain the big lie that it was an Igbo Coup and encourage the massacre of innocent men and women of Igbo extraction?

The ADF Committee has concluded research and writing as commissioned and ADF shall soon present to the world an Authentic Account of those events with or without General Gowon’s response.

There is a strong school of thought that holds General Gowon’s immaturity, absence of any qualities of statesmanship and, therefore, vulnerability to vested local and external interests as being responsible for the discarding of Aburi Accord that would have saved the nation from the bloody civil war